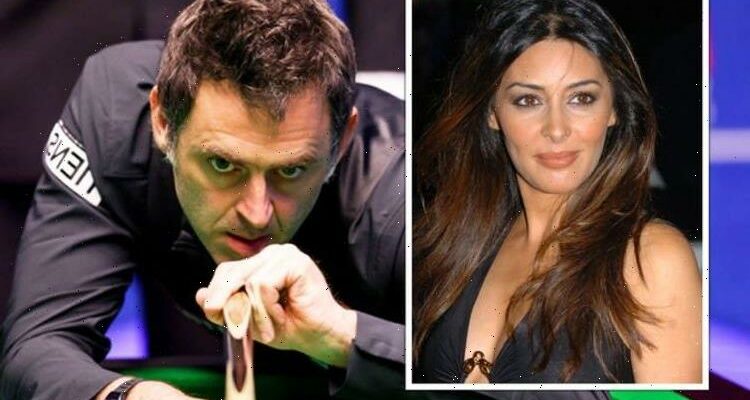 Ronnie O’Sullivan, 45, is widely regarded as one of the greatest snooker players of all time. The sports personality is the reigning world champion, having won the title for the sixth time in 2020, and is often cheered on by his partner Laila Rouass.

Laila, 50, is a well known British actress thanks to her roles in Footballers’ Wives and Holby City.

The London-born actress remained a part of the BBC cast for a year.

The actress has also starred in Primeval, Casualty, Spooks and finished fourth in Strictly Come Dancing in 2009.

Laila was previously married to Abdeslam Rouass from 1990 until their divorce in 2003.

She has a daughter called Inez from her previous relationship with businessman Nasir Khan.

Laila met Ronnie in 2012, with the couple becoming engaged the following year.

Speaking on Loose Women in 2018, the actress revealed how she first met the famous snooker player.

Laila explained she had been house-hunting and ended up viewing his property.

She said: “I went to view his house. Ronnie and his father were there.

Laila continued: “Anyway, I started talking to his father and the next thing you know I got a phone call from the estate agent, asking, ‘Do you want to go out with Ronnie?'”

The small-screen star admitted she initially thought his dad was asking her out on a date, because he shares the same name as the snooker champion.

The couple have since embarked on a romance and they announced their engagement in 2013.

Laila and Ronnie are yet to officially tie the knot and have made no immediate plans to walk down the aisle.

Giving a glimpse into their home life, the actress recently dished on their life during lockdown.

The Footballers’ Wives star claimed that her long-term partner is “so boring these days”, as he prefers to drink green tea and goes to bed early instead of partying.

“He likes watching TV, going out for dinner. All those rock and roll days are well and truly over,” she told The Mirror.

She also claimed that before the coronavirus pandemic hit she would often find herself asking him to go out with her, but he’d much rather enjoy a night in.