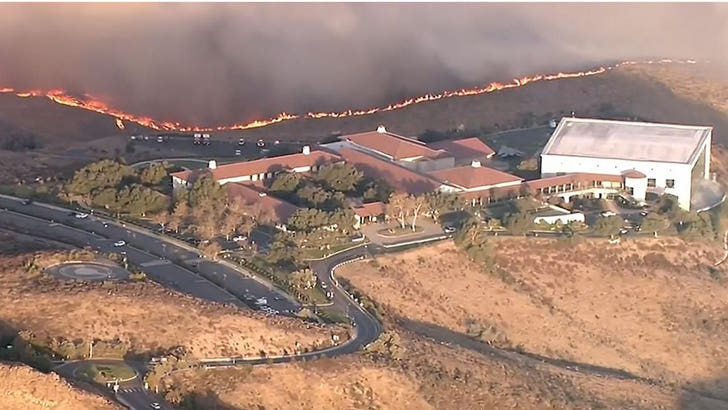 The Ronald Reagan Library is under threat of a new fire that erupted north of Los Angeles … with a blaze encircling the museum’s Air Force One Pavilion.

The library was evacuated Wednesday after the fire in Simi Valley fast approached the structure. The so-called Easy Fire was triggered around 6 AM and, in just a few hours, it has already torched nearly 1,000 acres.

It’s an ominous look from inside the structure that’s home to Reagan’s old Air Force One, which is in the fire’s direct path.

The area — including Moorpark and Thousand Oaks — is under mandatory evacuation orders as firefighters battle the fast-moving blaze. By late morning, tons of smoke surrounded the hills where the famous library sits.

The 125,000 square foot library is home to a plethora of records and artifacts from Reagan’s administration. The fire reportedly is currently surrounding the structure but the library itself has NOT sustained any damage.

Helicopters were seen dropping water behind the library as crews battle 60 mph winds. This is just the latest fire to force evacuations. As we reported … LeBron James had to evacuate from his Brentwood mansion Monday after wildfires raged just blocks away. 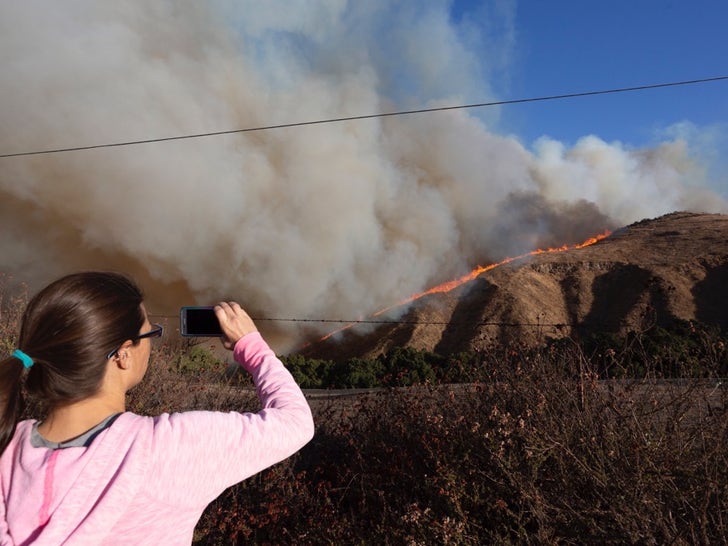