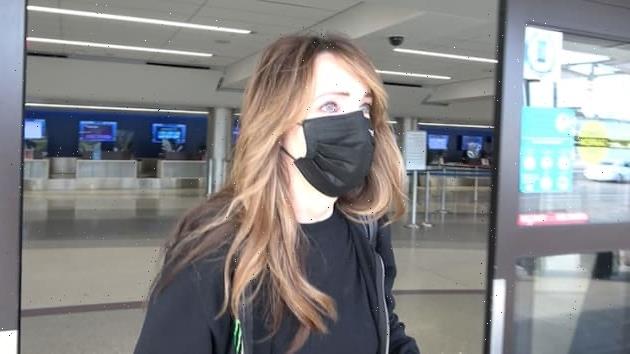 Over the course of the past year, countless shocking facts about Britney Spears’ conservatorship have come to light.

And just when it seemed like the situation couldn’t possibly become any more appalling, new revelations surfaced which underscored the most important fact of all:

That for the majority of her adult life Spears has essentially been a prisoner to her overbearing father, Jamie Spears.

Last week, the judge in her case finally decided to suspend Britney’s conservatorship, a ruling that the singer and had legal team had been working toward for over a decade.

The decision was enabled partly by Britney’s father, Jamie Spears, who filed to end the conservatorship after refusing to budge on the issue for 13 years.

Many hoped that Jamie had finally seen the light and decided to allow his 39-year-old daughter the freedom to make her own decisions and live life on her own terms.

Sadly, it doesn’t appear that Jamie experienced any such magnanimous change of heart.

Rather, it looks as though he decided to step down amid mounting pressure and the growing threat of legal action that might land him behind bars.

Jamie engaged in many acts of questionable legality over the course of Britney’s conservatorship, but there was one move in particular that really stepped over the line:

Along with the other heads of the conservatorship, Jamie had listening devices planted in Britney’s room for the purpose of monitoring her every activity.

Of course, Jamie didn’t act alone in intruding on his daughter’s privacy and micro-managing every aspect of her life.

He had help several co-conspirators, chief among them a woman named Robin Greenhill, who allegedly came up with the idea of bugging Britney’s bedroom.

That bombshell revelation was featured in a recent New York Times-produced documentary about Britney.

The allegation was leveled by Black Box Security employee Alex Vlasov, who took part in the bugging at the behest of his bosses, who were hired by Jamie and Greenhill.

“Their reason for monitoring was looking for bad influences, looking for potential illegal activity that might happen, but they would also monitor conversations with her friends,” Vlasov said.

“And with her mom, her boyfriend, with her lawyer Sam Ingham. If there’s anybody that should be off limits, it should be Britney’s lawyer,” Vlasov continued.

“Just because you’re in control doesn’t give you the right to treat people like property. It didn’t feel like she was being treated like a human being.”

According to Britney’s attorney Mathew Rosengart, Jamie decided to step down when he became aware of these allegations, and there’s still a posibility that he’ll be forced to answer for them in criminal court.

“It’s our understanding that as soon as Jamie was informed of these charges, that’s when he decided to do a 180 and step down as conservator,” an insider close to the case tells UK tabloid The Sun.

“Jamie is appearing to avoid criminal charges but he can’t run anymore. His time is up and he will now have to face consequences for his actions.”

Jamie previously declared that he would keep up his fight to continue his daughter’s conservatorship regardless of the personal cost.

So if he stepped down for fear of going to prison, you can assume that he’s very, very frightened.

And if he’s running scared, then you can be certain that Greenhill — who lacks Spears’ wealth and connections — is also terrified of the indictment that’s also headed her way.

There was a time when Greenhill was thought of as one of Britney’s few allies, as she reportedly pushed back against Jamie on several issues.

But it seems that on the horrifying decision to bug Britney’s bedroom, Jamie and Robin were on the same page.

And that simple fact might wind up costing Greenhill dearly.