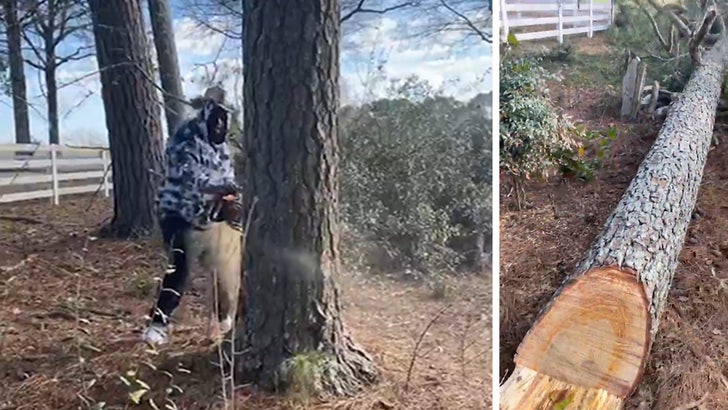 Rick Ross isn’t one to pay extra cash for something he can do himself — which is exactly why he became a lumberjack in his own backyard … saving a pretty penny in the process.

Renzel was on landscaping duty this weekend at his Atlanta estate — which is hundreds of acres in size, consisting of quite a bit of land — after deciding to cut down a flock of oak tress he had standing around that he wanted outta there … one way or another. 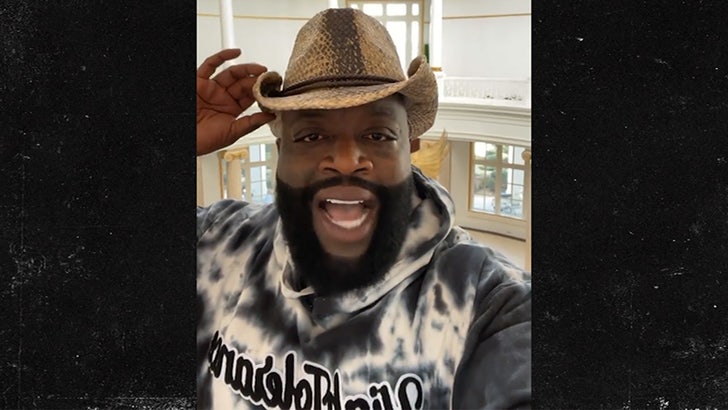 No deal for RR … who decided he’d just do the damn thing himself. As he explains here, Rick tasked a buddy of his to hit Home Depot and snap up the biggest damn chainsaw they had on their racks.

Looks like the guy came back with just what the Boss needed … ’cause he immediately got to work, slicing up the trunk of one of the behemoths he wanted removed … until it started to keel over. 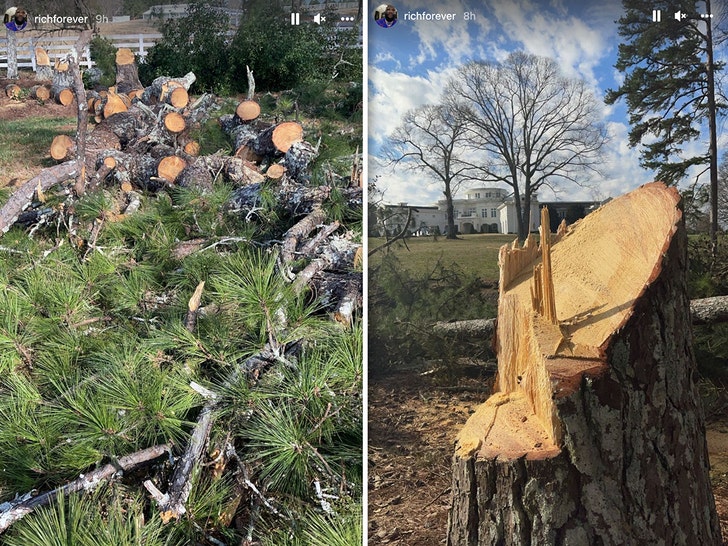 In the end, it would appear Rick got the job done — and he also had a little fun with the saw too … Leatherface-style. Easy there, big fella … that thing’s still pretty dangerous. 😅

But on the DIY yard work … well done!