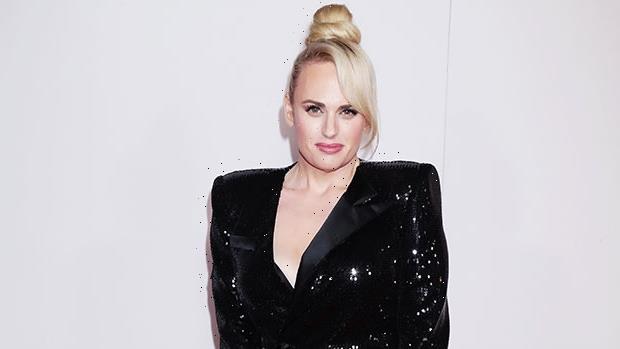 Rebel Wilson has stepped out at the Academy Museum of Motion Pictures premiere party in a blazer-style mini dress, with her hair pulled back in a glamorous up-do.

Rebel Wilson certainly knows how to rock a mini dress! The Aussie actress, 41, was photographed at the star-studded premiere party for the opening of the Academy Museum of Motion Pictures. She was among the slew of A-listers who arrived on the Los Angeles red carpet for the glitzy event, and totally stunned in a sparkly dress. Rebel opted for a black blazer-style gown, which was adorned with reflective sequins. 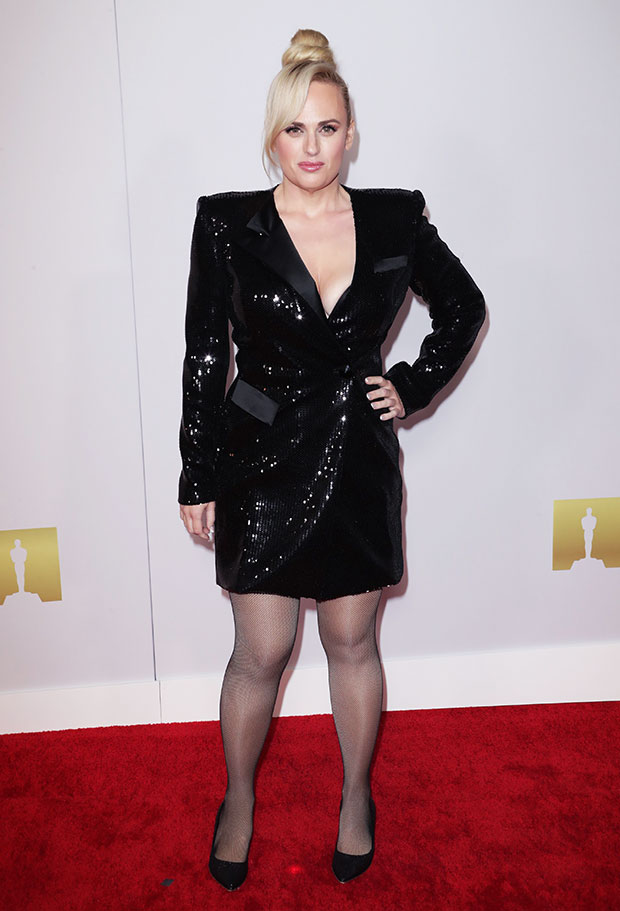 She pulled her hair back into a high bun, with some of the platinum blonde tresses left out to frame her face. The Pitch Perfect alum kept it simple on the accessories front, pairing the ‘fit with sheer black tights and matching black pumps. The museum was set to open in 2017, and its construction has cost an estimated $484 million. It features four full floors of gallery space and two theaters inside.

Among the artifacts on display are the Rosebud sled from Orson Welles’ Citizen Kane, Star Wars droids C-3P0 and R2-D2, the Mount Rushmore backdrop from Alfred Hitchcock‘s iconic flick North By Northwest, a true to life shark model from Jaws and of course, Dorothy’s red slippers from The Wizard of Oz. The museum’s director Bill Kramer told AP that the museum was “committed to celebrating and championing the work of film artists, scholars and professions through our exhibitions, screenings, programs, collections and now, through our annual gala.” 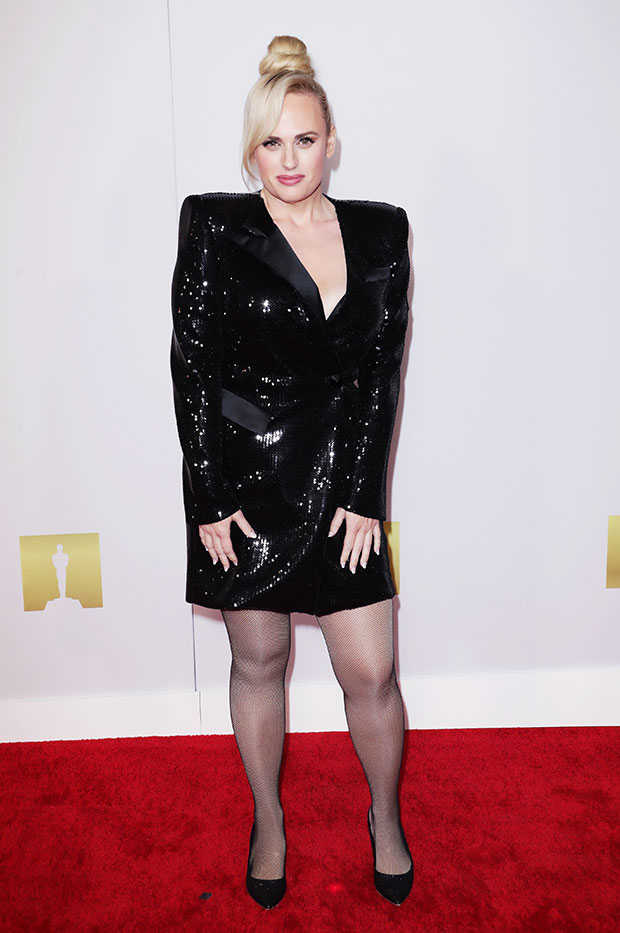 So it’s no surprise that major movie stars like Rebel were in attendance on the official opening! When she isn’t stunning on red carpets, Rebel can usually be found working with trainer Gunnar Peterson, who helped her on her dramatic weight loss journey. She previously opened up about how she achieved her goal. “It was different this time, I think because I approached it from all areas … the biggest thing that I haven’t ever worked on was the emotional side, what I suffered from, I guess, as classical emotional eating … so I really worked on that side,” Rebel explained back in Feb. 2021.

The How To Be Single star has been an advocate for combining wellness and fitness, sharing her number one tip for those looking to follow in her footsteps. “The one biggest thing is just walking … I got all these high-tech tests done on me during my year of health. They said that walking was actually the best way for me to lose unnecessary body fat,” Rebel, who is also an avid hiker in Los Angeles, explained.