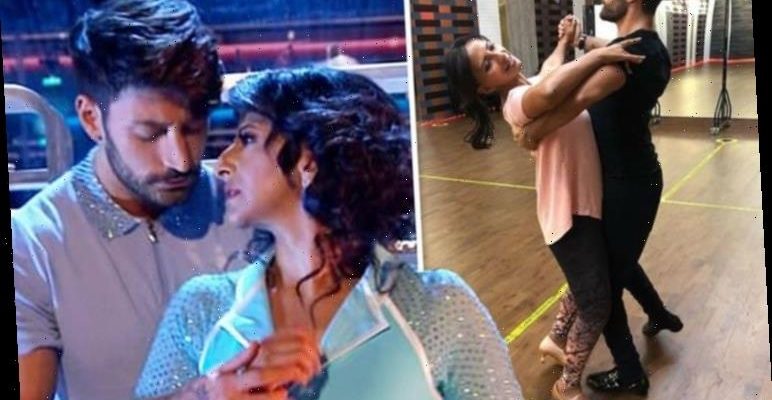 Giovanni Pernice, 30, has given fans a funny insight into his Strictly Come Dancing 2020 semi-final preparations with his partner Ranvir Singh, 43. The professional dancer shared a text he had received from the Good Morning Britain presenter in the early hours of the morning in view of his 135,000 Twitter followers.

The text, which was delivered to Giovanni at 3.19am, read: “I’ve woken up and I’m doing the Jive in bed.”

While sharing the message, Giovanni revealed that Ranvir’s current WhatsApp photo features a sweet snap of the duo dancing together in rehearsals.

It comes as romance rumours have been swirling around the Strictly couple due to their chemistry on the dance floor.

He also praised his dance partner by adding in his tweet: “That’s what I call commitment.. 3.19 am @bbcstrictly @ranvir01.” 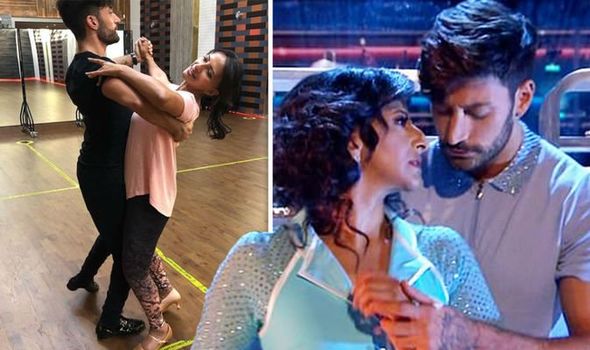 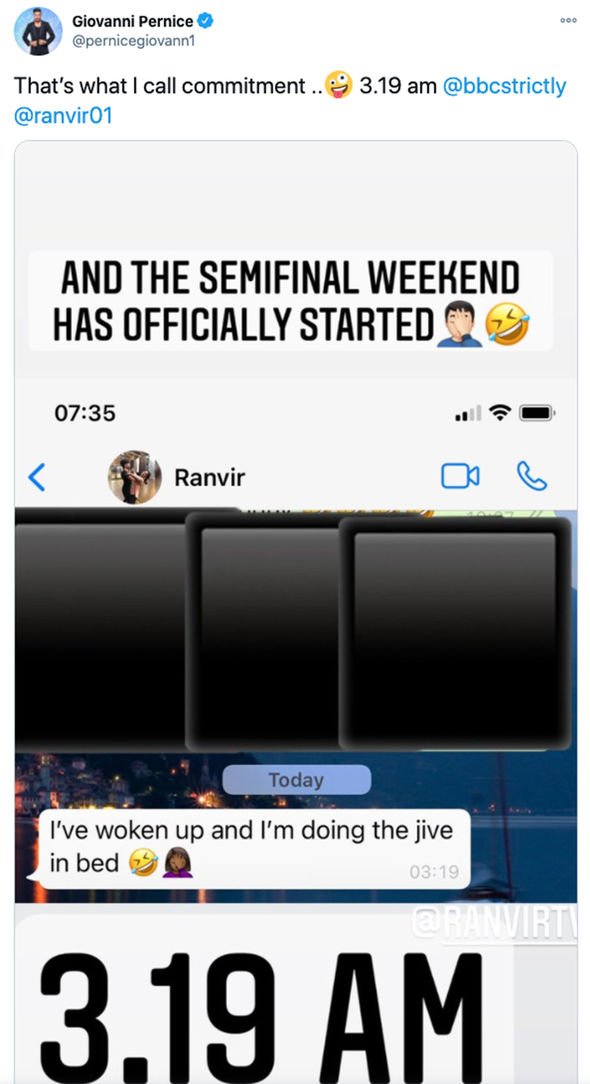 The Italian dancer also quipped: “And the semifinal weekend has officially started,” alongside a laughing face emoji and a face palm emoji.

Fans took to the comments section to share their thoughts on the pair’s WhatsApp exchange.

One person wrote: “She must be utterly exhausted, having to get up so early for work and then having to learn two dances in five days. Hats off to your Ranvir. You are so lucky to have such a hard working and dedicated dance partner cannot wait for tomorrow.”

Another added: “Good luck to you both this weekend. Now that’s what I call dedication. You both work so hard and she’s got the best partner and teacher.” 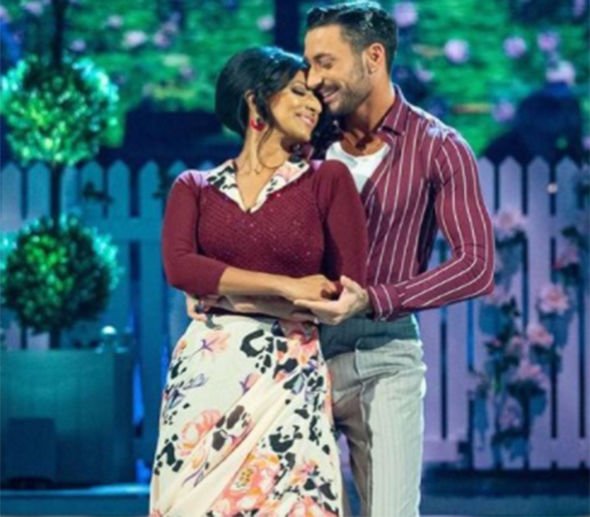 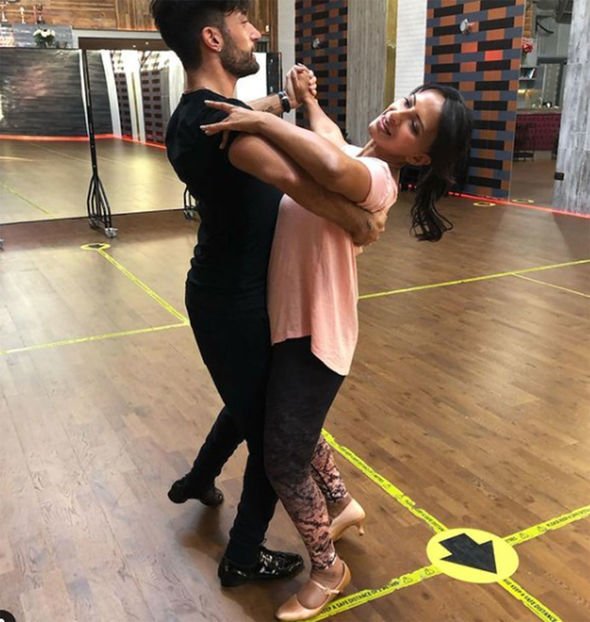 A third fan cheekily quipped: “First time I’ve heard it called that before I can’t wait to see both your dances, you’re going to be ace!”

Giovanni previously took to Twitter to gush over Ranvir after they made it through to the semi-finals last weekend.

He typed: “Thank you to all of you for keeping our dream still alive… your messages and votes means everything!

“And to you @ranvir01… what can I say? A beautiful princess who deserves every single moment of this success!

“Semifinals here we come,” he added.

Ranvir recently broke her silence on speculation about her relationship with Giovanni.

The star admitted it would be “a b****y miracle” if she and the Italian dancer were struck by the BBC show’s so-called “curse”.

The “curse” refers to contestants ending relationships and starting romances with their co-stars during or after appearing on the programme.

Ranvir insisted that viewers’ comments about her relationship with her dance partner are “very optimistic”.

“Oh my God, that would be hilarious. Do you know most of the dancers were born in 1990 or something? I’m old enough to be their mother!

“It’s very optimistic and complimentary that anyone would think I would be struck by the curse.”

Although she has ruled out a romance between them, Ranvir gushed over Giovanni’s talents as a dancer.

The star told OK! Magazine: “It doesn’t matter whether I’m in the room or not, he’s sizzling away! The dances are all about being romantic and, of course, we have to make them convincing.”