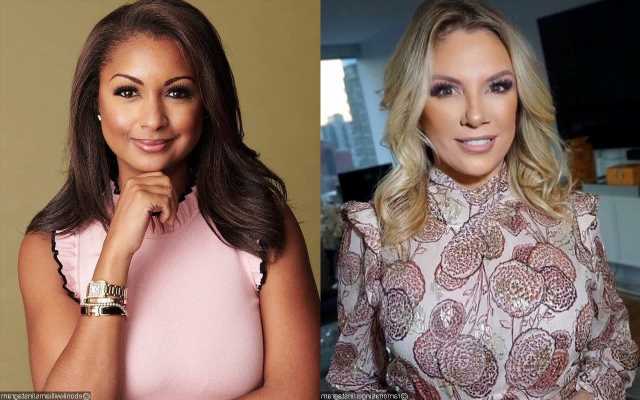 The real estate agent’s alleged offensive remark about her ‘RHONY’ co-star has reportedly prompted Bravo to launch an investigation into the complaint made by the lawyer.

AceShowbiz –Ramona Singer is likely to take the heat more in the wake of racism allegations against her. “The Real Housewives of New York City” star’s shocking and racist remark about Eboni K. Williams has allegedly been revealed.

According to Page Six, a production source divulged that Ramona said, “This is why we shouldn’t have black people on the show,” in reference to Eboni after Luann de Lesseps kicked out the lawyer of her home.

Ramona, however, has denied making the comment. “I never said that,” she said in a statement to the site on Thursday, November 4. “It’s a terrible lie,” she insisted, suggesting that she was the victim of the public’s judgment, “It’s very disappointing that even after my name was cleared that people still want to slander me.”

Ramona noted that she couldn’t share her side of the story because she signed a confidentiality agreement. A source said that the 64-year-old had to undergo sensitivity training in the wake of the incident, but a separate source said this is mandatary protocol for all housewives.

The source confirmed that Eboni filed a complaint against Ramona after she heard about the racially insensitive comment. The complaint prompted Bravo to launch a third-party investigation into the matter. Ramona was eventually cleared of any wrongdoing, but Eboni was allegedly “dissatisfied” with the investigation and its findings.

It was previously reported that season 13 reunion of “RHONY” had been canceled due to the investigation that did not clear Ramona’s name in time to film the annual special. According to TMZ, the entire cast was also asked to partake in a series of interviews as part of the investigation.

“It was already a low-rated season so there were concerns about who would tune in 3 months later,” a source told the site about attempting to get the ladies together to find out the best for the show.