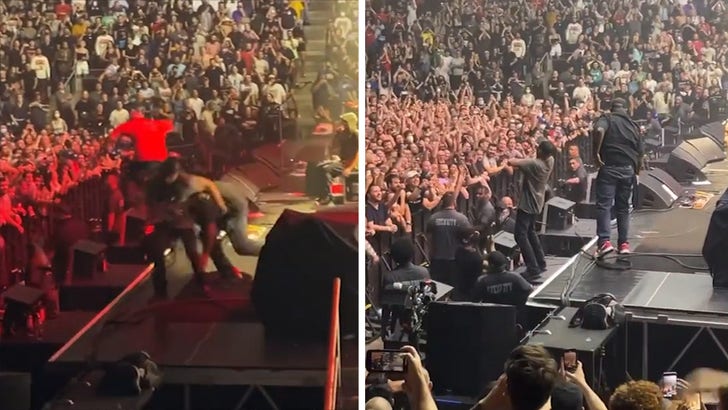 Rage Against the Machine has bodyguards that actually may be TOO on the ball, because an eagle-eyed hired muscle tackled a fan who rushed the stage and one of the band members got nailed as well.

It all went down Saturday night in Toronto, when Rage was playing its final song — “Killing in the Name” — and a fan (in a red shirt) sprinted toward the front of the stage, only to be blocked by security and hurled off into the crowd. 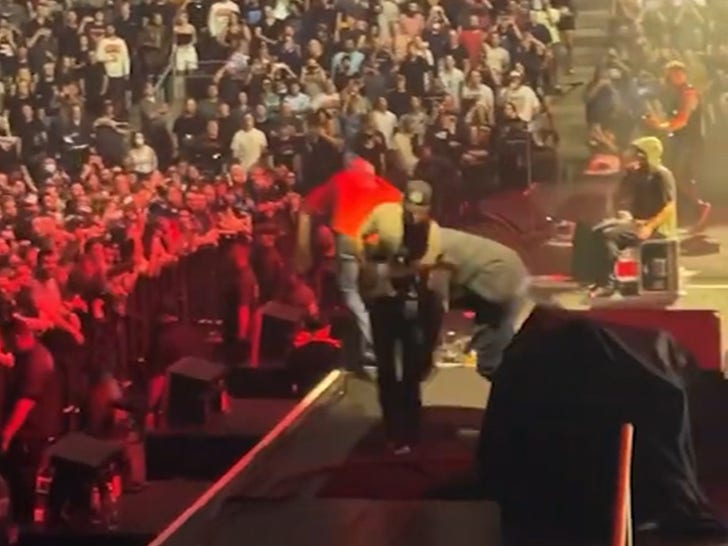 Thing is … guitarist Tom Morello was collateral damage. Security made contact with him, knocking him to the ground close enough to the lip of the stage that he fell off.

It was a tense moment, as everyone waited to see if Tom was ok … after a dramatic pause, he got up and waved to the crowd, which roared its approval!

Fact is … security did its job and did it well. It happened really fast, so there was no time for precision. It’s kind of funny … Saturday night at Madison Square Garden, Dave Chappelle clowned his security at the Hollywood Bowl when he was tackled, saying they musta been wearing street shoes.

It’s been a rough tour so far. On the second stop, singer Zack de la Rocha injured his leg, and ever since mostly sits down during sets.