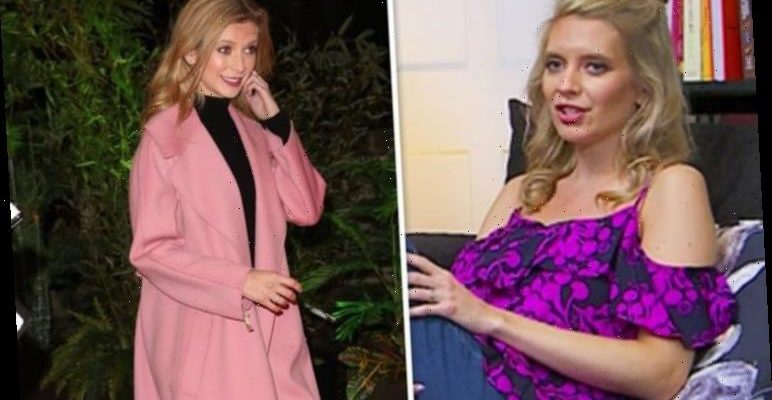 Countdown presenter Rachel Riley, 34, is often vocal on Twitter as she talks openly about social issues. The Channel 4 presenter reacted to a social media user after they shared a video of the protesters pulling down a statue of Edward Colston, a 17th Century slave trader, who has been a source of controversy in the city for many years.

In view of her 664,000 Twitter followers, Rachel took the opportunity to respond to a user who addressed the protest as she retweeted their post.

The person in question wrote: “I don’t think we should have statues of slave traders. I also don’t think mobs should pull statutes down.”

Rachel explained it was a “difficult problem” having such historical figures on public display.

She replied: “A very difficult problem”. 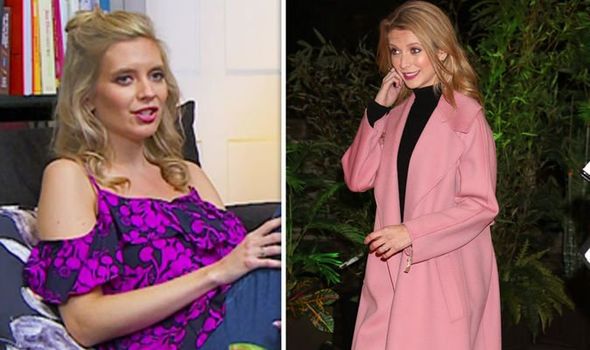 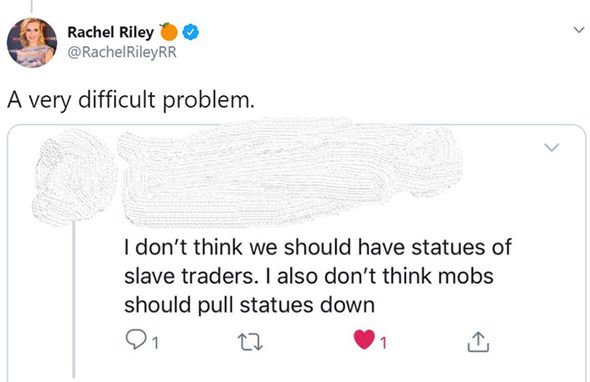 The Countdown star went on to share a video in 2018 of British historian David Olusoga where he expressed that the statue of Colston should be removed from public display.

Colston was a member of the Royal African Company, which transported about 80,000 men, women and children from Africa to the Americas.

On his death in 1721, he bequeathed his wealth to charities and his legacy can still be seen on Bristol’s streets, memorials and buildings.

The statue was later dragged through the streets of Bristol and thrown into the harbour. 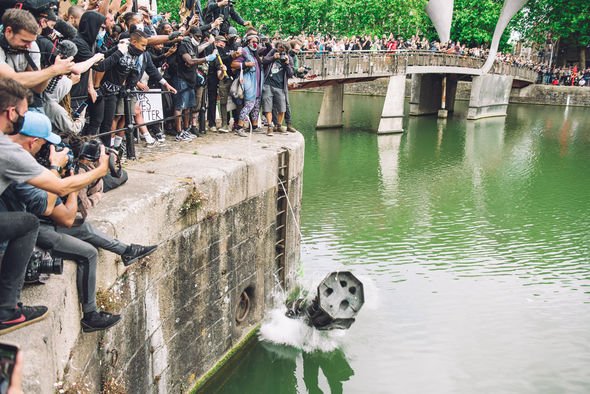 Thousands of people attended largely peaceful demonstrations in cities across the UK at the weekend.

And in Warwickshire, protestors caused the closure of the M6 for around an hour following on from the demonstrations in Coventry city centre.

It comes after the death of George Floyd, an unarmed black man who died after he was apprehended by US authorities, in Minneapolis, Minnesota.

Elsewhere, Rachel was left-red faced as the Channel 4 favourite admitted she had “perished in embarrassment” after making a major blunder live on Capital Breakfast. 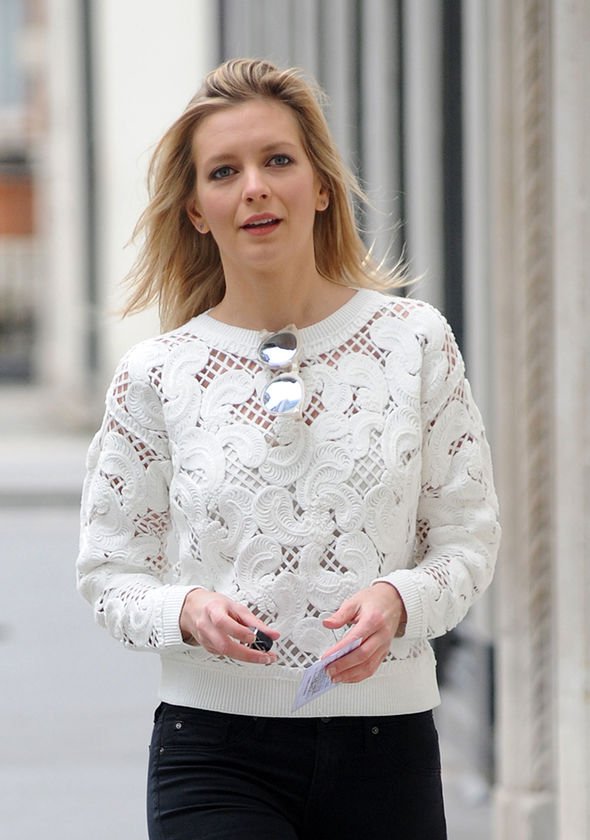 The small-screen star appeared to falter under pressure during a quiz on Capital FM Breakfast.

The mum-of-one joined radio hosts Roman Kemp and Sian Welby for their morning show, where the mathematician was quizzed on what IQ stands for.

But Rachel struggled to answer the question and claimed it stood for “intelligence quid”.

The TV star was asked to answer five questions for Roman’s Mega Hard Quiz – a quiz only two people have completed including The Chase star Anne Hegerty – and with each correct answer you move onto the next round.

Unfortunately, for the Countdown star only made it through to round two.

Roman asked: “What does the acronym for IQ stand for?”

Rachel seemingly appeared stumped, as she hesitantly replied: “Intelligence quid. I have no idea.”

The correct answer was in fact intelligence quotient, as Rachel took to Twitter and joked she “blamed the baby” for not getting through all five questions.