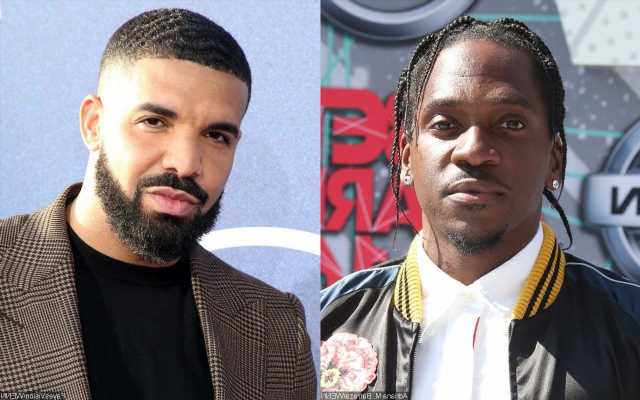 Earlier this week, the ‘Story of Adidon’ spitter liked a tweet that compared the streaming numbers between Drake’s ‘Certified Lover Boy’ album and Kanye West’s ‘Donda’.

AceShowbiz –Pusha T is not done throwing shade at his foe Drake just yet. The “If You Know You Know” rapper once again liked a post on Twitter that targeted the “Certified Lover Boy” artist, with whom he’s feuding for years.

A fan noticed that Pusha pressed like on a tweet about how he pushed the “In My Feelings” hitmaker out of hip-hop scene. “crazy how pusha t literally managed to push drake out of hip hop entirely,” the said tweet read.

This online activity from Pusha was hardly the first one. Earlier this week, “The Story of Adidon” spitter liked a tweet that compared the streaming numbers between Drake’s “Certified Lover Boy” album and Kanye West‘s “Donda”. The tweet read, “i predicted this. i said drake’s day 1 is gonna be huge off the element of surprise then its just gonna drop. donda everyone heard in full 3 weeks before it dropped, still did these numbers and is only growing in streams. crazy!”

He also liked an IG post that criticized the Damien Hirst-designed album cover for Drake’s new album which features pregnant emojis in varying colors. The account he liked wrote in the caption, “Bloop I couldn’t help it!! Ah love the smell of caucasity in the morning. Thanks @champagnepapi for reaffirming the utter mediocrity that rises to the top of the art world!”

From Friday to Sunday (September 3 to 5) alone, “Certified Lover Boy” received 430 million on-demand audio streams in the U.S. As for “Donda”, it garnered just under 423 million listens in its first eight days of streaming.