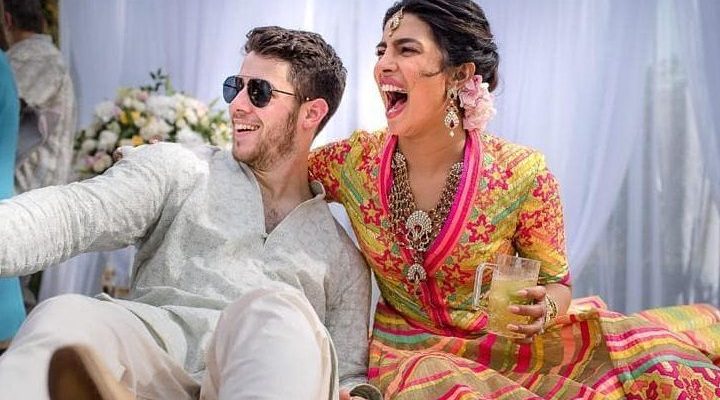 AceShowbiz –
PETA (the People for the Ethical Treatment of Animals) have slammed Priyanka Chopra and Nick Jonas for using animals in their wedding.

The “Quantico” actress and ex Jonas Brothers star tied the knot in Jodhpur, India, over the weekend (December 01-02), with two extravagant ceremonies – Christian nuptials followed by a Hindi ceremony. Both a heavily decorated elephant and horse were spotted ahead of the nuptials – with Nick understood to have rode to the wedding on horseback. After saying “I do”, Nick and Priyanka are reported to have ridden around in the grounds of Umaid Bhawan Palace on the back of an elephant.


The use of the animals in the ceremonies have now been slammed by PETA India, who wrote on Twitter: “Dear @priyankachopra and @nickjonas. Eles (elephants) 4 weddings live n chains & horses r controlled w whips, spiked bits (sic). Ppl r rejecting ele rides & having horse-free weddings. Congrats, but we regret it was not a happy day for animals.”

The organisation also shared a video of PETA India’s 2014 inspection of captive elephants in Jaipur.

PETA India CEO’s Manilal Valliyate later expanded in a statement, explaining: “Priyanka has been ill served by not being advised of the firestorm that would be caused by participating in animal abuse. It doesn’t make a person look big or glamorous to promote cruelty to animals who has no choice but to serve. It makes them look small. Overwhelmingly, these days PETA is delighted to see so many celebrities feel passionately about protecting animals.”

It’s not the only controversy newlyweds Priyanka and Nick have courted with their wedding. Despite the fact that asthmatic Priyanka had previously urged people not to use fireworks to celebrate Diwali and celebrate a pollution-free festival of lights, the couple marked their wedding with a huge fireworks display in the grounds of the palace on Saturday night.

Priyanka and Nick have yet to respond to the controversy, but have now flown to Delhi to continue celebrating their nuptials.