Prince William addressed the controversy surrounding Caribbean countries’ relationship with Britain during a dinner in the Bahamas.

At the governor general’s reception in Nassau Friday, the Duke of Cambridge spoke of the beauty he and Duchess Kate have seen around the islands, and said they are both incredibly grateful for the warm welcomes they have received.

He later dove into heavier topics, and alluded to the ongoing protests across the Caribbean, in which locals are calling out Britain’s history of colonialism and racism and asking for the royal family to apologize and make slavery reparations. Though at Friday’s dinner William didn’t apologize on behalf of his country, like he did in Jamaica earlier this week, he did say that the royal family stands by any country that wishes to part ways with the British monarchy.

The duke’s comments came after Jamaica said it would be taking steps to become a republic, and remove the queen as head of state, following the Cambridges’ royal tour. 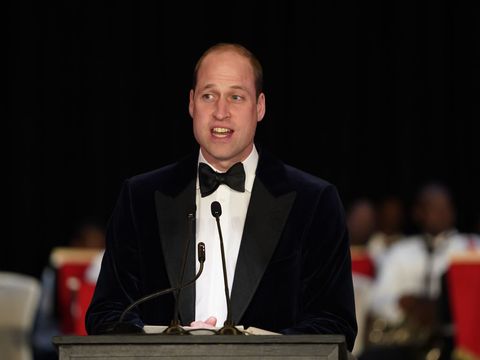 After making the statement in the Bahamas, William relayed a message of good wishes from Queen Elizabeth II—the queen of the Bahamas—on the occasion of her Platinum Jubilee.

“The Queen has fond memories of her many visits here to The Bahamas. From speaking to people today, including lots of excited school children across the family islands this morning, it is touching to see your deep admiration for the queen and her 60 years of dedicated service to the Commonwealth,” William said.

The Cambridges also remembered the late Prince Philip. “I know as well that my grandfather, the Duke of Edinburgh, had a soft spot for the Bahamas. Catherine and I were thinking about him today as we celebrated the return of sloop sailing here by racing off Montagu Beach. He would have been in his element,” William said.