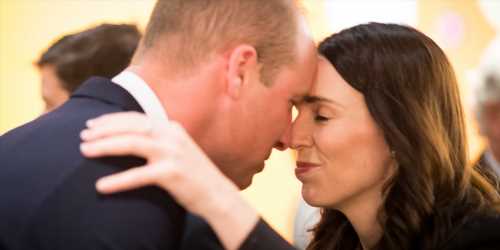 Prince William is paying tribute to those who died in service of New Zealand and Australia.

The 36-year-old royal arrived to New Zealand on Thursday (April 25) for a two-day visit on behalf of Queen Elizabeth II.

His trip began on Anzac Day in Auckland, the anniversary of the landing of the New Zealand and Australian Army Corps at Gallipoli during World War I. The holiday is a time to remember those who served in the countries’ armed forces.

William and Prime Minister of New Zealand Jacinda Ardern greeted each other with a hongi, which is a traditional Maori greeting, done by pushing noses and foreheads together.

He attended a service at the Auckland War Memorial Museum as well, where prayers were also led for victims of the horrific terrorist attacks in Christchurch and Sri Lanka.

During the ceremony, he placed a wreath at the bottom of the monument in honor of all the fallen soldiers and bowed his head in respect, according to People.

“We will never forget the sacrifice of the Anzacs. With deep gratitude, William,” he reportedly wrote on the wreath.

“On #AnzacDay The Duke of Cambridge attended the Civic Service at @AucklandMuseum in New Zealand, as we remember the servicemen and women of the Australian and New Zealand Army Corps who have served their nation in times of war. #LestWeForget,” Kensington Palace tweeted.