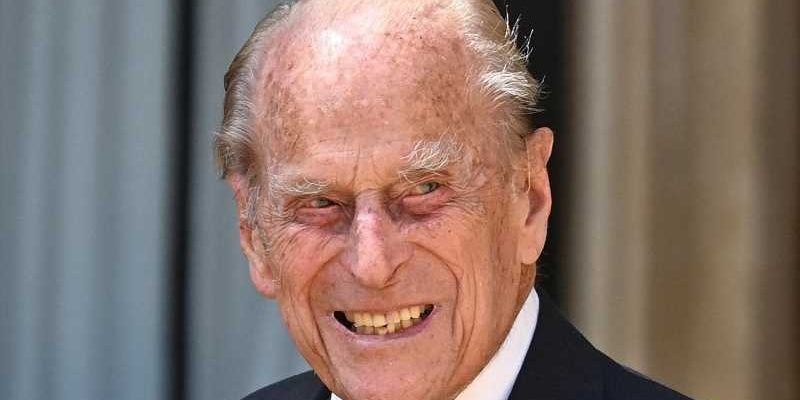 Following the death of Prince Philip on April 9, 2021, his family members — including grandsons Prince Harry and Prince William — have posted tributes to their grandfather. “My grandfather was a man of service, honor and great humor,” Prince Harry wrote in a statement released to the media, calling the Duke of Edinburgh, “master of the barbecue, legend of banter and cheeky right ’til the end.” His brother, Prince William, echoed the sweet sentiments in a post and expressed gratitude that his children and wife, Kate Middleton, were able to spend time with Philip in his later years. “Catherine and I will continue to do what he would have wanted and will support The Queen in the years ahead. I will miss my Grandpa, but I know he would want us to get on with the job,” William closed his message.

Indeed, it appears the royals are moving full steam ahead with plans for the Duke of Edinburgh’s funeral. Per CNN, Prince Harry arrived in London on April 12 (minus his pregnant wife, Meghan Markle), where he is quarantining ahead of the funeral, which is scheduled for April 17. As of this writing, Buckingham Palace announced that the ceremonial funeral will be “significantly scaled back” (due to COVID) and is set to take place in a small ceremony at Windsor Castle (via Town & Country). But what else can we expect? Will Philip be laid to rest at Windsor Castle or elsewhere?

According to Town & Country, Prince Philip is currently residing “in the private chapel at Windsor Castle,” where he will remain until his funeral on April 17. At that time, he will be transported to the royal vault in St. George’s Chapel, via his custom Land Rover. But it seems that this resting place is only temporary. The Wall Street Journal reports that Queen Elizabeth II has made arrangements to be buried alongside her late husband; therefore, upon her death, Philip will be moved to the George VI Memorial Chapel. Though many British monarchs have been buried at Westminster Abbey, the queen has sentimental ties to the George VI Memorial Chapel, as it’s the final resting place of her father, George VI, mother, and sister, Princess Margaret (per Wall Street Journal).

Given that the queen and her beloved husband shared 73 years of marriage together, it seems fitting that she would opt to lie in rest with him. On April 10, 2021, the royal family’s Instagram account posted a quote from Her Majesty’s 1997 speech, in which she referred to Philip as “her strength and stay.” The caption also reminds us that the Duke of Edinburgh swore to be the queen’s “liege man of life and limb” at her coronation in 1953. It sounds like he was all that and more.