Prince Harry has arrived at Balmoral Castle to join fellow members of the royal family who are mourning the death of the Queen who has passed away at the age of 96.

MORE: The Queen’s life in pictures: Remembering the best moments from her 70-year reign

The Duke of Sussex, who was pictured wearing a black suit, white shirt and black tie, has made the trip solo without his wife Meghan Markle. It is understood Meghan will remain in London but will not be attending the WellChild awards this evening.

The Sussexes cancelled their London engagement at the WellChild awards on Thursday after it was announced that the late monarch was under medical supervision after doctors became concerned for her health.

MORE: Why Princes Charles is heading back to Buckingham Palace so soon

MORE: How the Cambridge children could follow in Meghan Markle and Prince Harry’s footsteps

As part of their European tour, the couple were due to make an appearance later this evening to commemorate the most inspiring children and young people currently battling serious or complex medical issues. Harry has been a patron of the charity since 2007 and always gives an emotional speech at the ceremony. 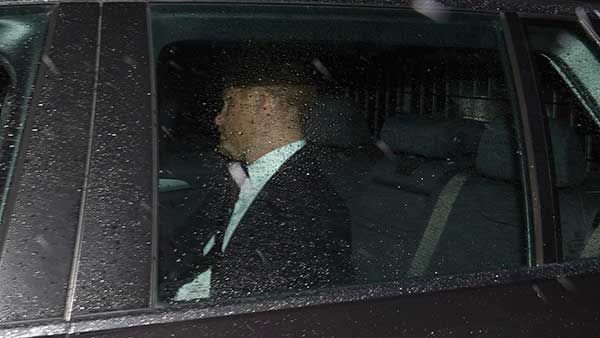 While Harry has made his way to Balmoral separately from other royals, it is understood that he has been in coordination with other family members’ plans.

Harry’s arrival comes more than three hours after other members of the royal family – including Prince William, Prince Andrew, Prince Edward and his wife the Countess of Wessex – arrived on Royal Air Force flight KRF23R off from RAF Northolt in South Ruislip, west London, at 3.50pm BST. A fleet of cars, including a Range Rover driven by William, arrived at Balmoral Castle just after 5pm.

Queen Elizabeth II’s death was confirmed at 6.30pm BST on Thursday 8 September 2022 in a statement from the Palace which read: “The Queen died peacefully at Balmoral this afternoon. The King and The Queen Consort will remain at Balmoral this evening and will return to London tomorrow.”