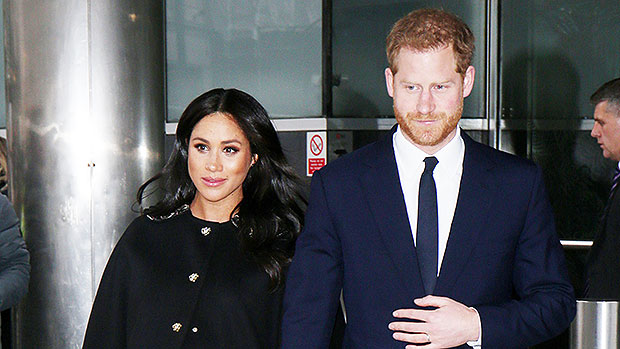 Welcome to Instagram, Prince Harry and Meghan Markle. The Duke and Duchess of Sussex launched their own account and shared some rare photos from their world travels.

“Welcome to our official Instagram,” Prince Harry, 34, and Meghan Markle, 37, wrote on April 2, as the British Royals launched their official Instagram account, @ sussexroyal. ”We look forward to sharing the work that drives us, the causes we support, important announcements, and the opportunity to shine a light on key issues. We thank you for your support, and welcome you to @sussexroyal.”- Harry & Meghan.” The Duke and Duchess of Sussex added a few neat pics to the inaugural post. There is a shot of the couple meeting a group of flag-waving subjects, a shot from them on a boat, and a never-before-seen picture from their 2018 trip to Fiji.

Among the eight-picture set is a shot of Harry’s February visit to Exercise Clockwork in Bardufoss, Norway, (h/t Daily Mail) for the Commando Helicopter Force’s 50th anniversary. There is also a picture of Meghan kneeling to meet a well-wisher in Sydney. One picture, not featuring either royal, showed four girls waiting to see the royals during their visit to Morocco, while a lighthearted pic featured Prince Harry helping to tip a sedated elephant before its relocation to a wildlife reserve n Malawi, Africa. Whether or not the couple will use this account to announce the birth of their first child, reportedly due this month, remains to be seen.

If so, get ready for the Royals to break the Internet. As it is, Selena Gomez, Kylie Jenner, and Cristiano Ronaldo –some of the most-followed celebrities on Instagram — better watch out. In the first three hours of the account’s existence, it racked up more than 472k followers. As for whom Meghan and Harry are following, it’s not that surprising – the account is following such accounts like that of The Royal Family, Kensington Palace, The Duke of York, the Invictus Games (the fellowship games Harry helped start) and the RAF Honington account. If Harry and Meghan are following any of their famous friends online, they’re doing it through secret “finstas.”

This new Instagram follows a few weeks after the couple split their royal household from Prince William and Duchess Kate Middleton. “[Queen Elizabeth II] has agreed to the creation of a new household for The Duke and Duchess of Sussex, following their marriage in May last year,” Kensington Palace told Us Weekly in a statement. “The household, which will be created with the support of the queen and The Prince of Wales, will be established in the spring.”

“This long-planned move will ensure that permanent support arrangements for the duke and duchess’ work are in place as they start their family and move to their official residence at Frogmore Cottage,” the statement concludes. Their Royal Highnesses will appoint new communications staff, who will form part of the Buckingham Palace communications team…” Apparently, this new communications staff’s first job was getting the couples’ Instagram off the ground.