The Duke and Duchess of Cambridge are preparing to move to Windsor this summer, Kensington Palace has announced.

And with that comes a new school for their three children Prince George, Princess Charlotte, and Prince Louis. The palace confirmed that the royal youngsters have been enrolled at Lambrook School and will be starting there in September.

The statement read: “The Duke and Duchess of Cambridge have today announced that Prince George, Princess Charlotte and Prince Louis will attend Lambrook School in Berkshire from September 2022.

“Their Royal Highnesses are hugely grateful to Thomas’s Battersea where George and Charlotte have had a happy start to their education since 2017 and 2019 respectively and are pleased to have found a school for all three of their children which shares a similar ethos and values to Thomas’s.”

So what will their brand new school be like? Here’s everything you need to know…

Lambrook is a preparatory school in Berkshire for boys and girls from ages three to 13. There are 610 pupils at the Church of England school, and according to the Good Schools Guide, the boarding fee for Lambrook School last year was £25,440.

SEE: 12 royal parents and their mini-me’s – see the striking pictures

MORE: Princess Diana taking part in Prince Harry’s school sports day has to be seen to be believed

While William and Kate both went to boarding school, it’s likely that their children will be day pupils as their new home, Adelaide Cottage, which is located on the Queen’s Windsor Estate, is only a 15-minute drive away from Lambrook. 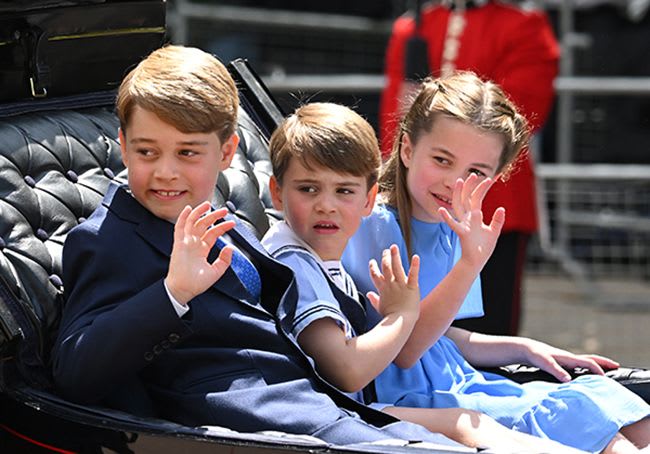 What is the school’s vision?

Lambrook aims to nurture their pupils and give them ‘feathers to fly’, according to the Good Schools Guide.

Jonathan Perry, the headmaster at Lambrook since 2010, explains this further: “We give them feathers to fly so that when they leave us, they will spread their wings and take flight.”

MORE: The best Back to School tech deals & gadgets for students

Mr. Perry is also described as having a “gentle, encouraging” approach, being “charm personified”, and is committed to setting up a bursary programme for the school, due in part to his Christian values.

Mr. Perry also meets with the families of all prospective pupils to “ensure that we are the best fit for their needs” and is “not afraid to turn away” the ones that don’t share the school’s ethos.

Lambrook offers a wide range of subjects for its pupils, so there’ll be plenty to keep George, Charlotte, and Louis busy. The royals will have lessons in French, Religious Studies, Design and Technology and, from year five onwards, Latin is compulsory. There’s also Saturday school from this age.

Lambrook also has a total of 178 LAMDA lessons on offer each week along with 420 individual music lessons, from tap dancing to bagpipe playing.

If the Cambridges can carry a tune, they might also join the senior chapel choir when they’re older, which has performed in Notre Dame and Windsor Castle. They’ll also spend a lot of time in Lambrook’s beautiful chapel, where there are four services a week and pupils’ families, as well as outside speakers, attend on Saturdays.

The school grounds are 52 acres, so the royals will have plenty of space to roam and play in (less space than at their new home Adelaide Cottage, however, which sits on the Windsor Estate with a whopping 655 acres).

There is a nine-hole golf course, a 25-metre swimming pool, and a large sports hall, so there will be plenty of opportunity for the Princes and Princess to get stuck into sports.

The children tumble back into school “ruddy-cheeked and full of fresh air,” according to the Good Schools Guide.

The guide also describes the classrooms as being “single-storey, wooden-clad buildings with big windows that let in lots of natural light”. They are “strikingly clean-smelling and up-to-date teaching spaces – no dusty corners or tired paintwork”.

READ: The best school shoes for kids: A buying guide for back to school prep

MORE: Stacey Solomon shares her brilliant back to school essentials – and you can buy them on Amazon!

The dining room is also currently being renovated to reduce waiting times and to accommodate more pupils.

How many children attend Lambrook School?

This place is a thriving independent school which is home to 620 boys and girls.

What kind of charity work will the royals do?

The royals won’t just be spending their time having lessons and exploring the vast grounds: the school also prioritises helping out those in need.

Year 7 pupils raise £500 to pay for an underprivileged child to go canoeing in Sweden, through the Teenage Wilderness Trust, and they’re not allowed to simply ask their parents to write a cheque. They have to do volunteering activities such as baking cakes or washing cars to raise the funds.

RELATED: Best back to school uniform deals: where to get your kids’ essentials online

Pupils also get to visit Lambrook’s partner school near Durban in South Africa, where they play cricket with pupils there and donate practical things like pens or toothbrushes. “They come back as better individuals,” says headmaster Jonathan Perry.

George, Charlotte and Louis will also be learning about the importance of sustainability – an issue their grandfather Prince Charles is particularly passionate about.

Every class has a veg patch, there are lessons on ecology and the food industry, and pupils planted 300 saplings last year to reduce their carbon footprint. The school also houses rabbits which the children are welcome to pet at lunchtimes.