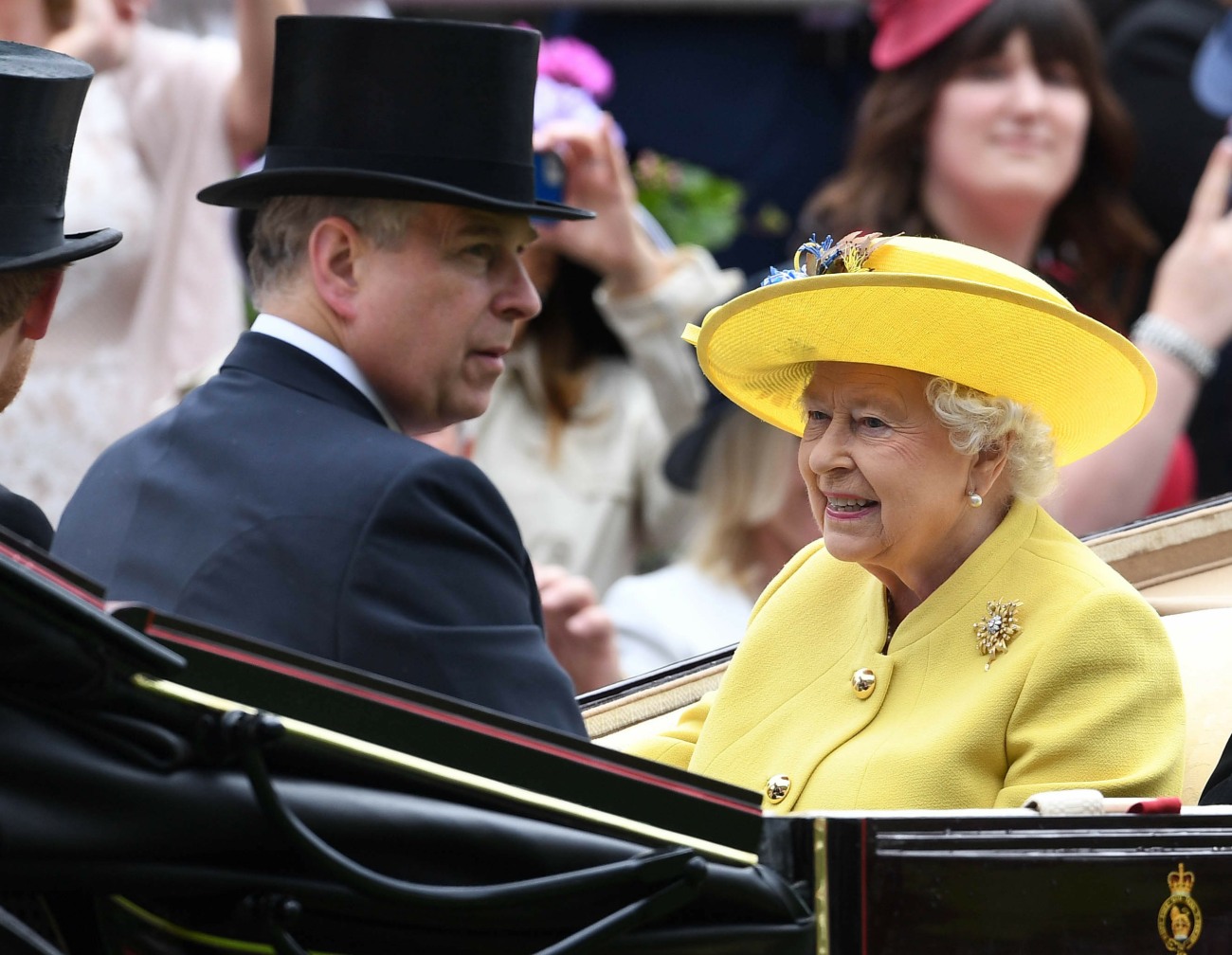 Genuine question for British people: does the general British public honestly believe that Queen Elizabeth is NOT paying for all or most of Prince Andrew’s financial settlement with Virginia Giuffre? The reporting is all over the place, and while I’m surprised by the anger specifically about the money, it just feels like… y’all know it’s all coming from the Queen, right? Prince Andrew’s finances have been in shambles for years, he’s got millions of dollars in legal fees, he mysteriously paid off the debt on his Swiss ski chalet last year and then, just as mysteriously, immediately sold the chalet. He’s getting weird loans from Tory banker “friends” and he goes from cash-flush to cash-poor from month to month. ALL of it is coming from the Queen. It’s been coming from the Queen all this time. Still, sources keep insisting that the Queen would never directly pay off her son’s rape victim:

The Queen personally made a £2million payment to Virginia Roberts’ charity as part of Prince Andrew’s £12m settlement, according to reports – as calls grow for a full disclosure about where the money to pay off his accuser has been found.

Royal aides had earlier refused to say whether the settlement will be partly funded by the monarch, but she is understood to have agreed to help the Duke of York, providing she was not linked to any personal payment to Miss Roberts.

A source told the Mirror: ‘She could not be seen to be making a payment to a victim of sexual assault, who accused her son of being an abuser. But a deal was structured in such a way to arrange a sizeable financial contribution to the settlement by way of a charitable donation instead.’

Furthermore, despite growing pressure for him to be stripped of his titles, Andrew is expected to be allowed to remain as Queen’s Counsellor of State and keep his dukedom and service rank of Vice-Admiral.

Not only do y’all not know where the money is coming from, Andrew gets to keep his ducal title, his Vice-Admiral rank and he will continue to be Counsellor of State? Yeah, Liz is gonna try to rehabilitate his image after she cuts that check for £12 million. Speaking of, the Sun says that Liz and Charles authorized the money for Andrew’s settlement and they’re calling it a bridge loan with extremely favorable terms.

Prince Andrew will use a family LOAN to fund his £12million financial settlement after Charles persuaded his disgraced brother to pay off his sex abuse accuser. The Prince of Wales ordered the disgraced Duke of York to “shut it down” and pay up fearing his upcoming video witness statement with Virginia Roberts Giuffre’s lawyers would be a “car crash”. Royal sources say the heir to the throne met with the Queen last Tuesday at Windsor Castle and then wrote to his younger sibling urging him to “see sense”.

They feared Andy would be “skewered” by Virginia’s lawyer David Boies as he was by Emily Maitlis in his awful Newsnight interview in November 2019 which caused him to step down from public duty.

The cash-strapped Duke of York, 61, is still waiting for the proceeds of his £17million Swiss chalet – with the sale expected to be completed “within weeks”, according to sources close to the prince. It means Charles, 73, and the Queen, 95, will instead dip into their personal funds to make sure Andrew can make the settlement and charitable donation before the deadline on March 17. Andrew will be asked to pay back his “bridging loan” when he sorts out his tangled finances.

A royal source said: “The date of the deposition was the final straw of all final straws. Charles and the Queen could not countenance him giving a deposition. They shut it down as soon as the date was settled. It is a case of soft love as well – they are saving Andrew from himself. Andrew famously thought his Newsnight interview went well. They weren’t letting him be skewered by a lawyer. They also couldn’t wait to see how much money will be left from the sale of the chalet. Charles wrote to Andrew asking for him to “see sense”. Charles and the Queen prepared a bridging loan so that Andrew’s lawyers could confidently make the offer. This means it goes away before the deposition date on March 10 and crucially before the service of Thanksgiving for the Duke of Edinburgh, which Andrew will attend as a family member.”

A deal believed to be around £12million was hammered out by lawyers in 72 hours at the weekend after the Queen and Charles had offered a loan as security. Generous terms are expected to mean Andy must pay his family back when he has the money. Royal insiders have speculated that the sum loaned to the Duke could be taken from any money left to him in the Queen’s will.

No one is talking about potential inheritances from Prince Philip. As it turned out, Philip had amassed a fortune of £30 million over the years, and no one knows who inherited what. Philip reportedly left some of his fortune to his children and grandchildren. I wonder how much Andrew got, and whether he spent it already on new Bentleys. Anyway, enough with this sh-t. Just acknowledge that the Queen would rather shell out £12 million to pay off her son’s rape victim than do anything to help or protect her grandson Prince Harry. 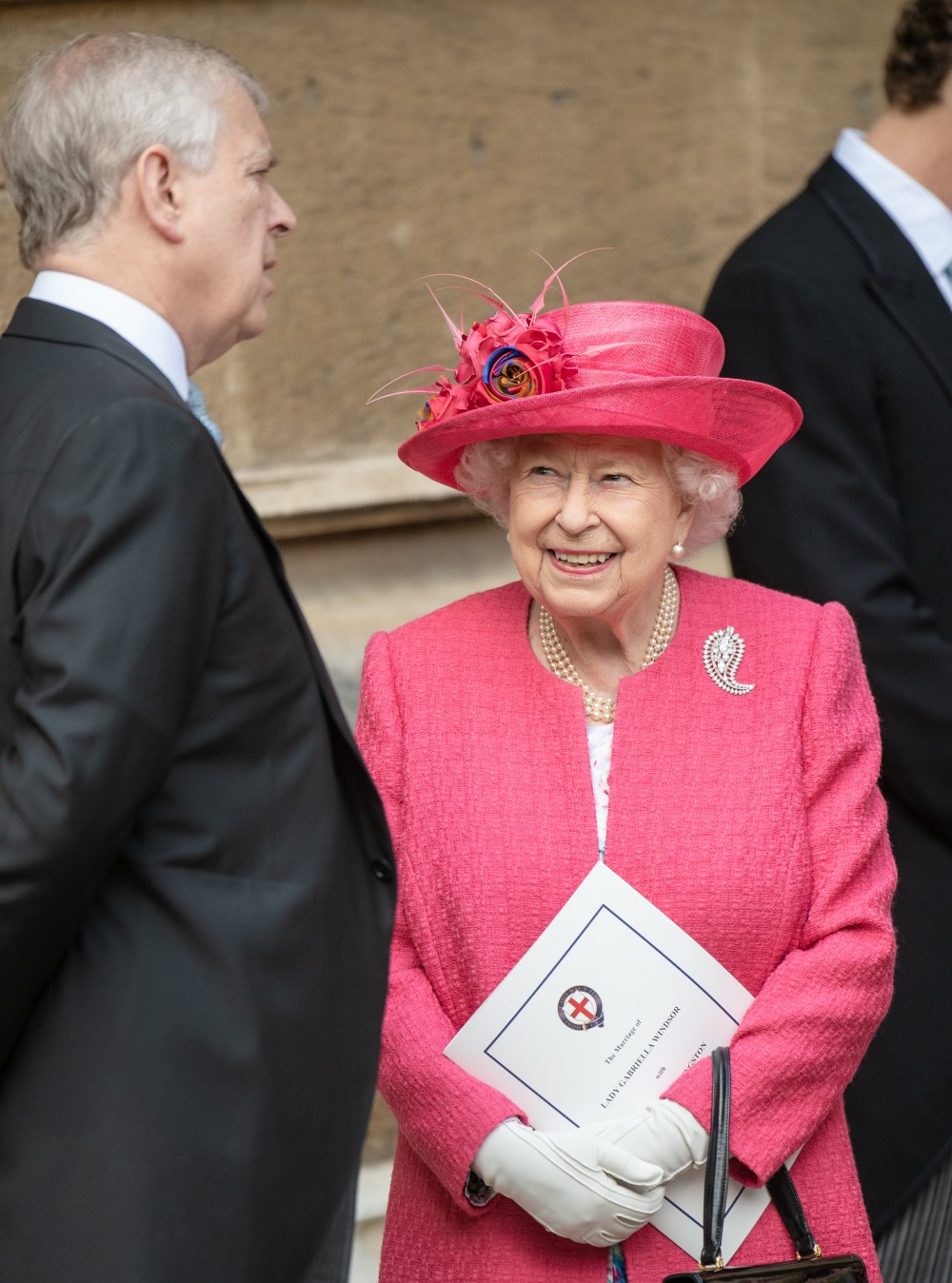 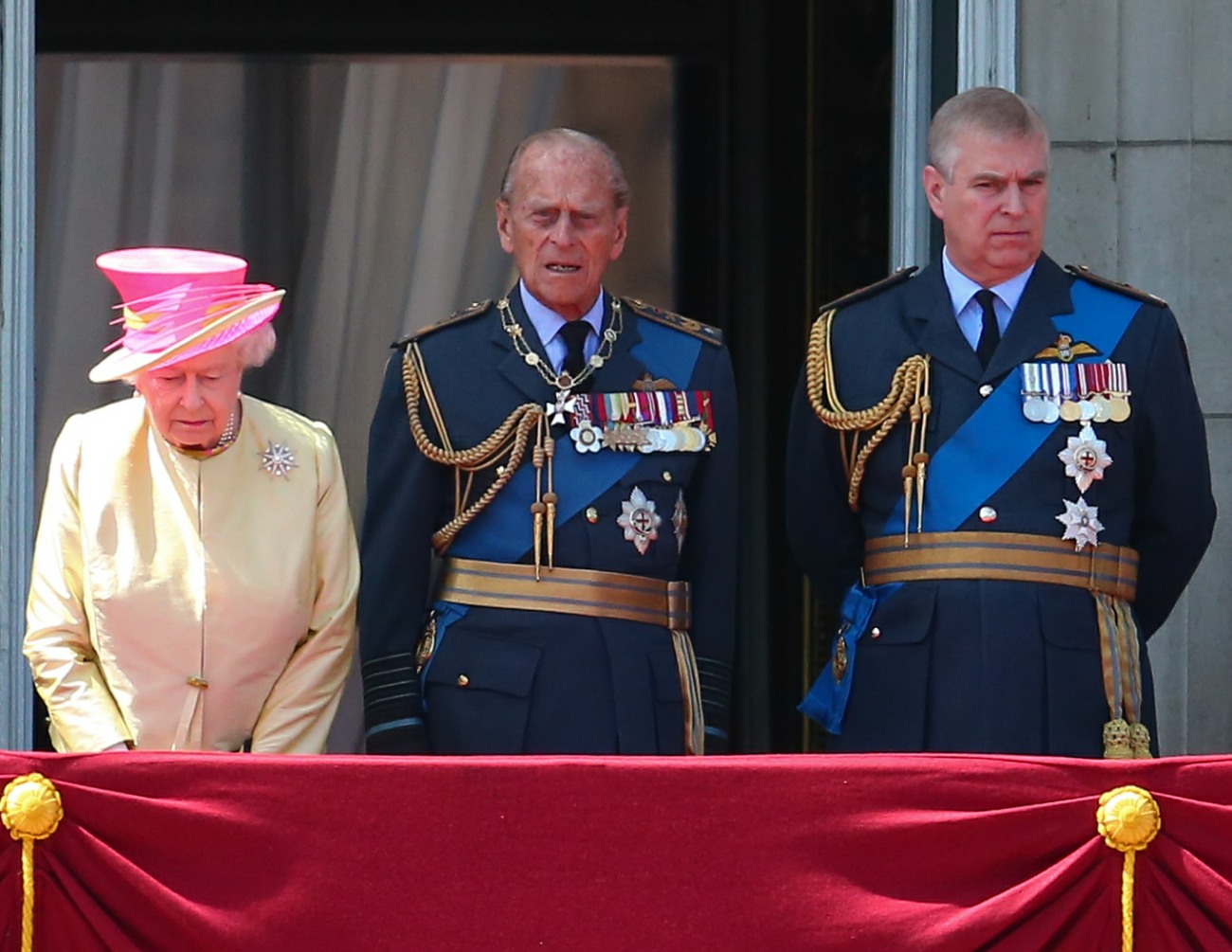