Kylie Jenner looked stunning in a recent social media shot, showing off her ‘growing’ pregnant belly with a magical photo.

Kylie Jenner, 24, looked absolutely glowing in a new Instagram photo, sharing a shadowed image of her growing pregnant belly. In the photo, shared on Thursday, Oct. 21, Kylie posed silhouetted against a white wall, beautifully positioned with one hand against her forehead, the shape of her body visible from the side.

The beauty mogul captioned the post, “growing,” adding a white heart emoji to indicate excitement for her second child. Standing naked, her curves were on display, her pregnant belly prominently positioned as he long hair fell tousled down her back.

For Kylie’s first pregnancy with now-three-year-old Stormi, the Keeping Up With the Kardashians star famously kept things under wraps until finally sharing a sweet video that tracked her pregnancy journey. For this second pregnancy, Kylie has been a little more public with her process, recently showing off her motherly figure in a monochromatic red outfit while cradling her baby bump. In another clip shared to Instagram, the skincare entrepreneur put her bare bump on display, rocking a tan crop top under a gray coat.

This is Kylie’s second child with rapper Travis Scott, 30. Although the two have famously had an on-again-off-again relationship, they’ve seemed to come together during this pregnancy, spotted in September visiting the Houston zoo with baby Stormi. An insider told HollywoodLife that “this pregnancy is bringing out something different in Travis and actually getting them closer.” A source also recently told HL that Kylie is thrilled about growing her family. “Kylie has always wanted to expand her family as she loves being a mother,” they stated. “So she is super happy to be pregnant with baby number two.”

Kylie Jenner Before & After: Photos Of The Star Post-Pregnancy, With Lip Fillers & More 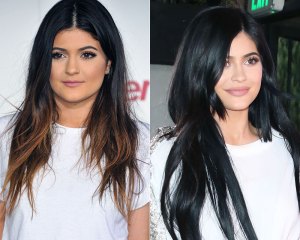 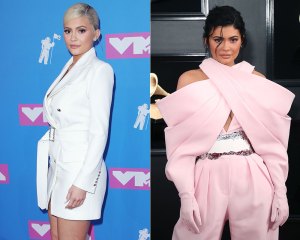 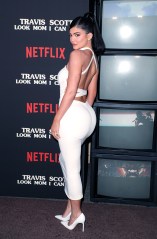 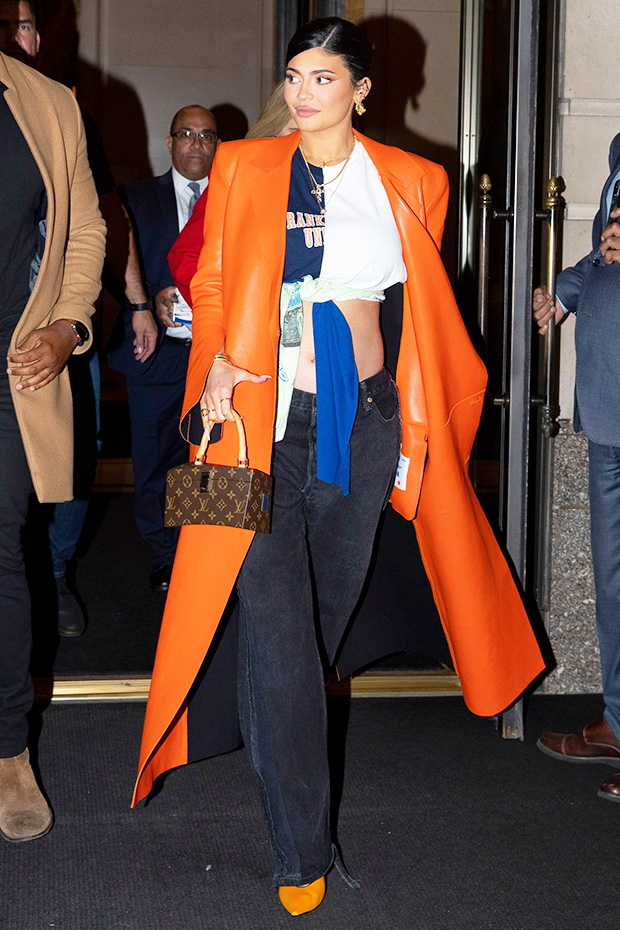 The source then added: “Kylie and Travis have a great relationship. They’re together and madly in love, but it’s enigmatic. She loves how involved he is with Stormi and how he’s very hands on. That’s part of the reason they’re having another.” An insider close to Travis also told HL that the “Sicko Mode” rapper was “crazy about Kylie and is so excited to have another baby.“