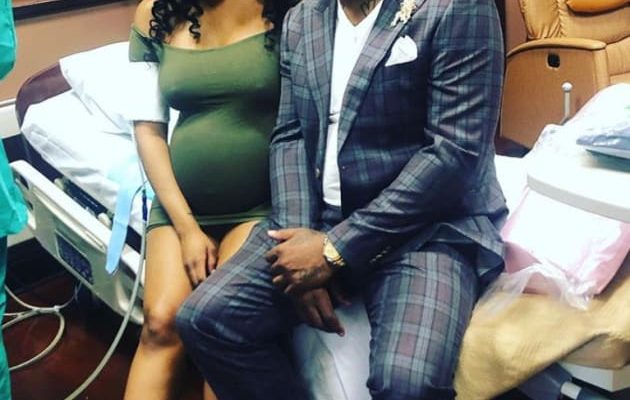 A long-time member of The Real Housewives of Atlanta now has some really great news to share:

For the first time ever!

A rep for Porsha Williams has confirmed to People Magazine that she and her fiancé, Dennis McKinley, welcomed a baby girl on Friday, March 22.

“What a time to be alive! Porsha and I are so happy and blessed to announce the arrival of our daughter, Baby PJ,” McKinley told the aforementioned publication, clearly quite psyched to be a dad.

“We couldn’t have imagined a more magical moment! Can’t thank everyone enough for joining us on this journey-it’s been a fantastic journey.”

Porsha is yet to speak on this blessed occurrence, but her sister just couldn’t hold in her excitement on Instagram.

“She’s here!!!!!!” Lauren Williams wrote over a screenshot of a text message exchange with McKinley. “Omggg,” she wrote to him. “Lemme see!”

The veteran reality star confirmed her pregnancy in September, admitting at the time that she was anxious and nervous due to a miscarriage six years ago.

Such a trauma really took a toll on her psyche, as it would for anyone.

“I’ve had a miscarriage before in my past, which I’ve also been open about because I suffer with fibroids and had to have a myomectomy,” said Williams this past fall, adding:

“So just the fear of, ‘Is the baby going to be okay? Will I make it full term?’ All those questions that you ask if you’ve had a miscarriage before.”

“I believe he’s probably shed more tears during the process than me,” Williams predicted of McKinley, whom she has known for years, when speaking to People.

“It’s just the sweetest moment of my life right now.”

We are seriously so very happy for Porsha.

As for the relationship itself?

“Dennis brings out a different side of me,” Williams gushed to Us Weekly in October. “I’m more laid-back with him and we are just in love.”

Porsha was previously married to former NFL star Kordell Stewart from 2011 to 2013.

The Real Housewives of Atlanta airs on Bravo on Sundays at 8/7c.

Please join us in wishing Porsha and Dennis the very best on their parental journey. CONGRATS!

“Congratulations @Porsha4real on your baby! I hope to make a Love Connection for a Ben!,” Andy Cohen who last month welcomed his own first child, has now Tweeted.