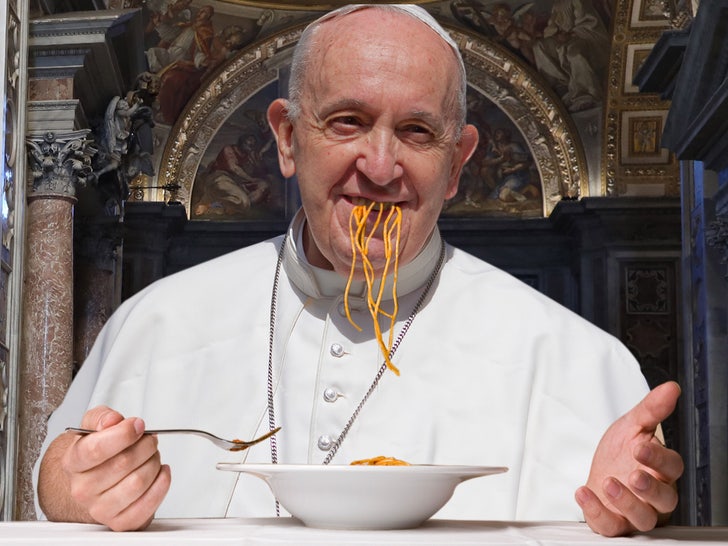 Pope Francis is way too kneedy … he eats too much pasta, and his doctors want him to drastically change his diet … from A to Ziti.

The pasta-loving Pontiff’s being advised to lose at least 4 lbs to help ease his sciatica and avoid a trip to the operating table, and now pasta and pizza are off the table … according to The Sun.

It’s not just carbs … the Pope’s also being told to steer clear of cakes. His doctors reportedly want him to chow down on fruits, vegetables, fish and olive oil, complemented by small bowls of rice.

Imagine telling his holiness to eat more greens. Wonder what his mother’s thinking from up above.

Pope Francis has apparently been getting plump, and it’s taking a toll on his body and changing the way he operates … he reportedly sat during Thursday’s meeting with cardinals, apologizing for not being able to speak standing up and blaming his sciatica.

The good news for Francis … he should be fine if he eats healthier and follows his doctors’ advice.

Well, it’s something for him to noodle on.