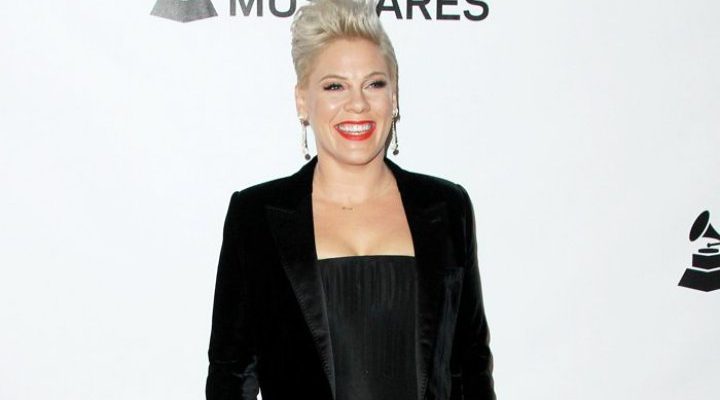 AceShowbiz –Pink has admitted that she regularly goes to therapy to help her deal with her ongoing battles with depression and anxiety.

The “So What” hitmaker made the comments during a candid interview on Friday’s (April 26) episode of NBC’s “Today” show, confessing that she completely relates to young people’s struggles with mental health.

“I’ve been depressed. I have anxiety. I overthink everything, but what I do is keep the right people around me and I go to therapy,” the star reflected. “I’m hopeful that the taboo of it is all going away, because more and more people are talking about it.”

The star further said that speaking about her struggles has helped her on a personal level.

She also revealed that she and husband Carey Hart, 43, see a therapist because they “don’t speak the same language.”

“Carey and I have been to couples counselling almost our entire 17-years we’ve been together – it’s the only reason why we are still together,” the 39-year-old said. “We both come from broken families and we had no model of how we are supposed to keep this family together and live this crazy life.”

Pink and Carey have been married since 2006 and have daughter Willow, eight, and son Jameson, two.

Earlier this week, the “Beautiful Trauma” songstress shared that, while she is keen to extend her family, the former motorcycle motocross racer doesn’t want any more children – so he gifted her a motorcycle instead.

“My (love) won’t give me another baby, so he built me one,” she quipped on her Instagram page, alongside a picture of herself leaning against the bronze and black Indian Motorcycle. “She rips (goes fast)….”