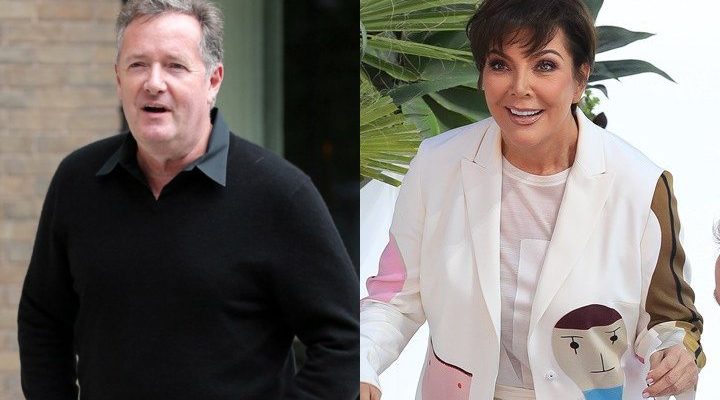 AceShowbiz – Even the Christmas spirits don’t inspire Piers Morgan to set aside his hate for the Kardashians. The “Good Morning Britain” host has once again slammed the famous family for their lavish lifestyle.

On December 25, Kourtney Kardashian shared a picture of her mother Kris Jenner showing off an epic present she received, a $16,000 Goyard suitcase with the words “Rich As F**K” written on it. The momager was posing in front of a Christmas tree while still wearing her pajamas.

Piers clearly didn’t see any fun or positive side of the photo, accusing the Kardashian-Jenner matriarch of setting a bad example for her children. Reposting the image on his Twitter page, he wrote in the caption, “If you’re curious why the Kardashians are all so greedy, narcissistic & repulsive, here’s their mother yesterday.”

But it turns out Piers is not the only one unimpressed by the Kardashian family bragging about their wealth. Many have taken to the social media site to slam Kris as “vulgar,” “tasteless” and “classless” after flaunting her expensive Christmas gift.

“Some people are that poor all they have is money,” one commented on Piers’ tweet. Another wrote, “Eww.. showing yet again, money can’t buy class or style.”

Others responded to the photo by turning it into memes. One replaced the word “Rich” on the bag with “Broke” to describe their wallets after Christmas.

But there are also a few who think that Kris and her family are entitled to it. “I personally think this is hilarious and shows she doesn’t take herself too seriously,” one defended the 63-year-old reality TV star. “She is rich as f**k and it wasn’t handed to her. She works hard just like u do. Jealousy isn’t attractive on u at all.”

Neither Kris nor her daughters have responded to Piers’ criticism.