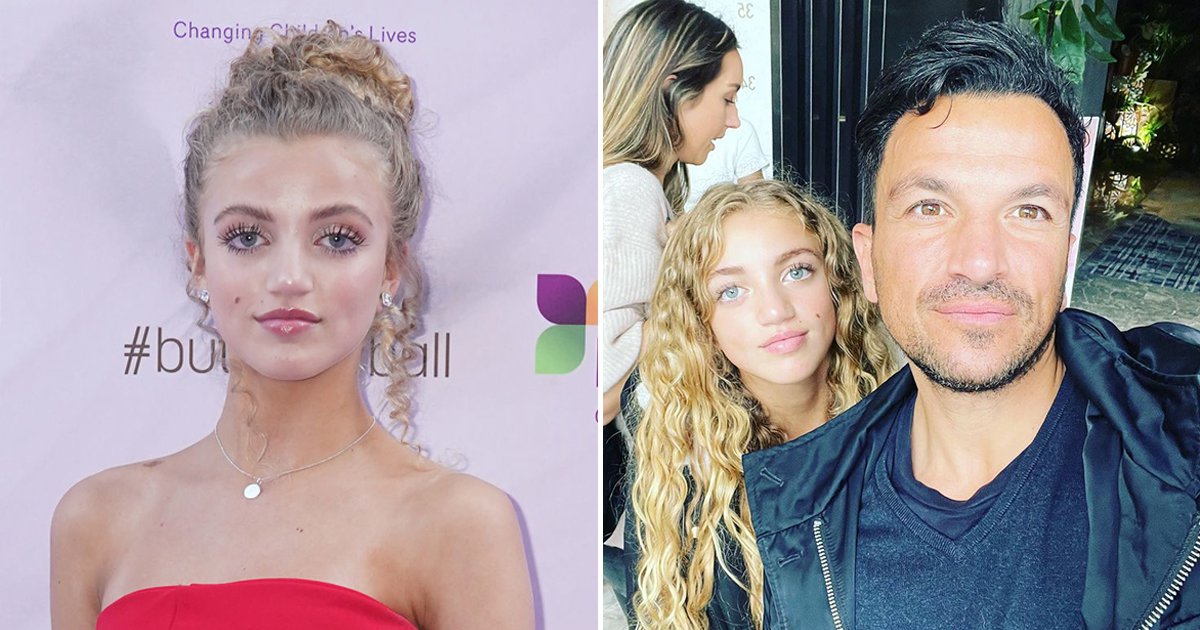 Peter Andre has opened up about watching his daughter Princess pick out dresses for the Pride of Britain Awards, admitting he feels like he’s watching her ‘try on wedding dresses’.

The singer will be joined by his teenage kids Junior, 17, and Princess, 15, at the ceremony, which celebrates the nation’s unsung heroes, and Peter is finding it strange how grown up his kids have become.

The dad-of-four explained: ‘At the time of writing this, Princess is still trying to decide what dress looks the best.

‘As her dad, I felt like I was sitting waiting for her to try wedding dresses on! It was a fun thing to do but I was thinking, “Thank God I won’t have to do this for a few years until she gets married!”’

He added in his column for OK! Magazine that, while he gave his opinion, he wants her to pick what she’s most comfortable in.

Peter, 49, went on: ‘They grow up so quickly before your eyes and Princess really has become a young lady now.’

The star shares his eldest kids, Junior and Princess, with his ex Katie Price, and also shares his children Amelia, eight, and Theo, five, with his wife Emily MacDonagh.

Peter, who recently suffered a fright after his house was struck by lightning, has been open about being protective of his children, after having to convince his eldest two that they’re ‘naturally beautiful’ after they spoke about photo editing.

He recently recalled sharing a photo of Junior and Princess online after they attended an event together.

‘They both said they loved the photo and asked me what I’d done to it to make it look like that,’ he wrote in his column for New! Magazine.

‘I had to explain to them, I hadn’t edited it in any way. I almost had to convince them they just look amazing and are naturally beautiful.’

He added: ‘I could never say photos shouldn’t be touched up… but it’s good for people to believe they look great the way they are.’