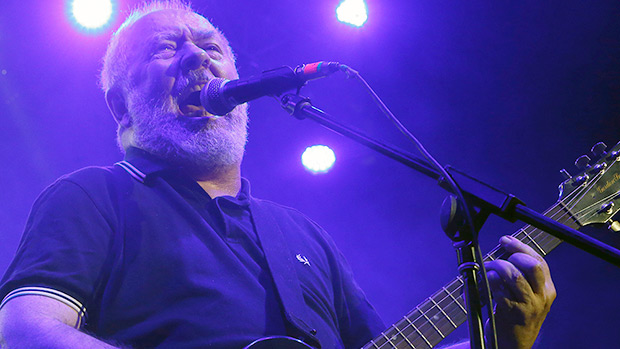 Buzzcocks lead singer Pete Shelley has sadly passed away at just 63-years-old. We’ve got five things to know about the frontman of the legendary London punk band.

Another music legend has left us as Buzzcocks frontman Pete Shelley died on Dec. 6 at the age of 63. He passed away from a suspected heart attack at his home in Estonia. He formed the band in 1976 as the British punk rock scene was beginning to thrive and made a permanent imprint on the music world. The band made the sad announcement via their Twitter account that “It’s with great sadness that we confirm the death of Pete Shelley, one of the UK’s most influential and prolific songwriters and co-founder of the seminal original punk band Buzzcocks. Pete’s music has inspired generations of musicians over a career that spanned five decades and with his band and as a solo artist, he was held in the highest regard by the music industry and by his fans around the world.” We’ve got five things to know about Pete.

1. Pete formed the Buzzcocks after being inspired by the Sex Pistols.

He and his Bolton Institute of Technology classmate Howard Devoto travelled to London to see a Sex Pistols show in 1975. The following year they formed the Buzzcocks and even opened for the Pistols in Manchester in 1976. Pete took over as lead singer and songwriter in 1977 when Devoto left the band.

The singles “Ever Fallen In Love,” What Do I Get?” and “Why Can’t I Touch It” — all from the late 70’s — became punk staples and are still played on indie radio stations to this day.

While the Buzzcocks were known for their short, guitar heavy songs, his solo career helped usher in a new brand of British electronic music. His record producer, the legendary late Martin Rushent, would go on to use the same synthesizers, electronic drum beats and keyboards to work with other UK new wave bands like The Human League.

The song was a massive hit in clubs throughout Europe and North America, even peaking at number 14 on the Billboard dance chart. However the BBC banned it from airplay due to “explicit reference to gay sex.” Pete had already come out as bisexual by this time.

5. The Buzzcocks reunited in the late 1980’s and continued touring for years, with upcoming dates scheduled for 2019.

Pete got the band back together in 1989 and released a new album Trade Test Transmissions, in 1993. They toured with acts including Nirvana and The Strays. After reuniting they released six albums with their most recent CD The Way dropping in 2014. The band continued to tour and had performances scheduled through 2019 until Pete’s untimely passing.