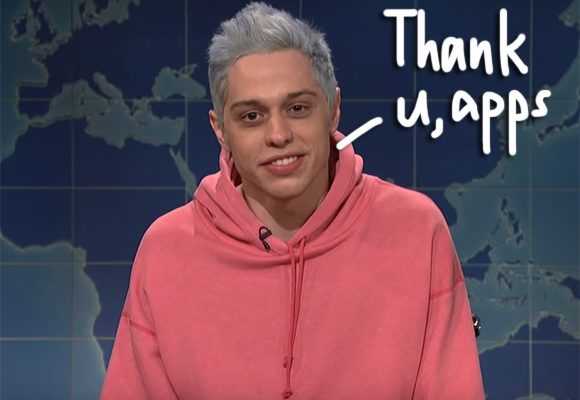 According to Us Weekly, the Saturday Night Live star has joined a dating app after the Sweetener songstress “dipped” out of their four-month engagement in October.

A second source told the outlet that the comedian isn’t looking for anything serious, but he’s “in a good place” and is devoting his full attention to… Pete Davidson. The insider explained:

“Pete is dating again. He’s in a good place and he’s happy. He’s not in a rush. He’s focusing on himself and the future.”

While it’s safe to assume the poster boy of BDE isn’t having a hard time filling up his romantic rolodex, the 25-year-old is apparently having a much harder time dealing with being mercilessly roasted by the public.

In a worrisome Instagram post shared on Monday, Pete revealed he’s been “online bullied and in public by people for the past nine months” and claimed that these bullies have tried “to make kill self.” Despite this overwhelming hate, however, the actor insisted he wouldn’t give in and thanked the supporters who were holding him down during this difficult time.

Keep letting those haters be your motivators, Pete.