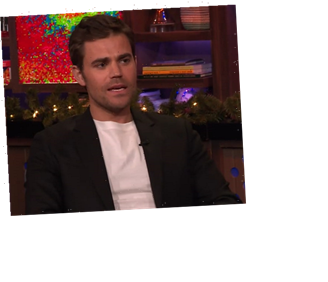 In the aftermath of The Vampire Diaries, a number of stars have opened up on their experiences filming the polarizing series.

We now know that Paul Wesley and Nina Dobrev hated each other, at least for the first several months of filming.

In a new interview on Watch What Happens Live, Paul is addressing the show itself.

He's talking about whether viewers might ever see his character, Stefan Salvatore, on a spinoff like Legacies.

He's sharing the one huge thing that he would have changed about the series finale.

Finally, Paul reveals the exact point at which he feels that The Vampire Diaries jumped the shark.

1.Paul Wesley was on WWHL

2.Fans got to ask questions

4.So, will Stefan make a comeback?

5.Paul does not want to revive Stefan