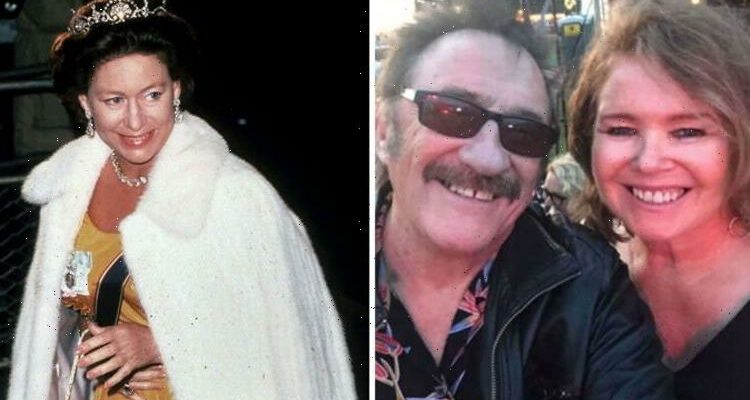 Paul Chuckle has revealed his wife Sue, who he married in 1973, was less than impressed by his lengthy chat with Princess Margaret. The iconic entertainer joked that she was “jealous” of their exchange.

Speaking to Express.co.uk, the 74-year-old recalled: “When [me and Barry] did Children’s Royal Variety in the early 90s, [Margaret] was coming down the line and Frank Bruno was on one side of me, Barry was on the other side.

“I told her about how they went to work in Florida and Las Vegas, and they took the sand with them to do the sand dance.

“I think they did it as a publicity stunt, they went to the desert and took their own sand back with them.

“She stood there and took it all, she didn’t walk away and say, ‘I’ve not got time for this.’

“It must have been about five minutes I was talking to her, and my wife Sue was watching it on a screen from the orchestra pit, and she said, ‘What’s he talking to her about!?’

“I think she was getting a little bit jealous!” he laughed.

His royal stories didn’t stop there.

“After the Royal Variety we went backstage for a drink at the interval, and Princess Margaret and her husband walked around meeting everybody, saying hello,” he said.

“I was talking to her husband, and I backed away suddenly and bumped into somebody, and I said, ‘Ooh, sorry!’ It was Princess Anne!

“When she actually spoke to me, I said, ‘I met your auntie years ago.’ She said, ‘Oh you must have been very young.’

That wasn’t Paul’s only royal gaffe – he also admitted he shook Prince Charles’ hand incorrectly when he met the monarch.

Paul put his other hand over Charles’ during their handshake, which goes against protocol.

“Evidently you’re not supposed to do that, but I wasn’t told until afterwards,” he said.

Paul was speaking to Express.co.uk as an ambassador for Marie Curie, a charity especially close to his heart since his Chucklevision co-star Barry died from bone cancer in 2018, aged 73.