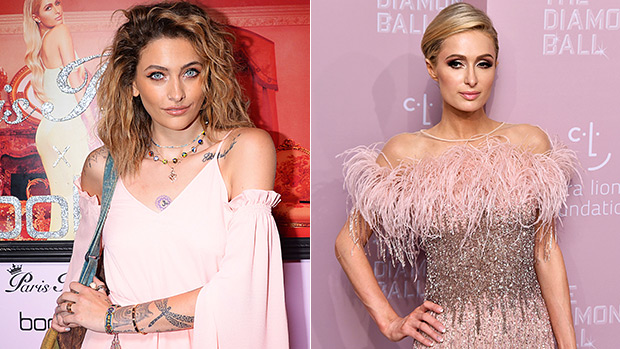 Paris Jackson has found support in Paris and Kathy Hilton! Learn details inside about how Michael Jackson’s daughter has been getting through this tough time.

Paris Jackson, 20, daughter of pop music legend Michael Jackson who died in 2009 at age 50, stepped away from work and social media according to a recent Instagram post. A source EXCLUSIVELY revealed to HollywoodLife that Paris has been finding support in friends heiress Paris Hilton, 37, and her mom, Kathy Hilton, 59.

“Paris Jackson has always tried her best to remain out of the spotlight,” the source revealed. “She’s a really shy girl at heart, reserved and quiet. She’s quite private most of the time and since her father’s passing, [she] has done her best to stay grounded and normal.” But it’s totally understandable that the pressure of being in the spotlight, without her famous father to help her navigate it, would be too much to handle at times.

“Losing her dad at such a young age was really hard for Paris,” the source continued. “Out of all of Michael Jackson‘s children [Paris, Michael Joseph., 21, and Prince Michael, 16], she took it the hardest. She leans and seeks support heavily from Kathy and Paris Hilton who have been there for her tremendously over the years. Paris is like a big sister to her and she goes to her for so much. Paris Hilton loves fulfilling that role for Paris Jackson as well. She would do anything for her.”

It’s great that the younger Paris has some other women to lean on while dealing with the loss of her father. Plus, since Paris and Kathy have led public lives themselves, they could impart wisdom onto the young woman on how to deal with it all. Paris Jackson took her well-being into her own hands when she allegedly entered a treatment facility to work on her “emotional health,” People magazine reported on Jan. 15.

“The media is exaggerating per usual,” the younger Paris said one day later on her Instagram account. “Yes I’ve taken a break from work and social media and my phone because it can be too much sometimes, and everyone deserves a break, but I am happy and healthy and feeling better than ever! Gabriel and I have some new music we’re stoked to share with y’all! Hope you guys’ New Year started out with lots of love and light and all the things. I’ll be back soon!! xxox”

We wish the best for Michael’s only daughter, and hope that she gets all the support she needs right now! We can’t wait to see what’s next for Paris Jackson!