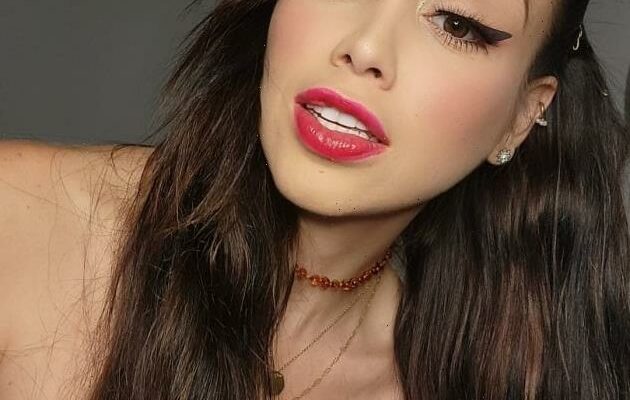 In the summer of last year, Paola Mayfield signaled that it was over with Russ.

The 90 Day Fiance alums seemed to be a pandemic casualty, like many other relationships.

But the two stayed together, with Pao blaming another woman for their troubles.

Now, Paola is teasing plans for the couple to adopt a child to give their three-year-old son a younger sibling.

This week, Paola Mayfield spoke to Us Weekly about where things stand.

“But,” she suggested, “maybe an adoption.”

“That’s my biggest goal,” Paola announced, “to adopt this year or next year.”

She summarized: “I’m planning on [more babies] but not directly from me.”

It may be Paola’s goal, but technically, deciding what they want as a family is still a work in progress for the Mayfields.

Paola shared that she and Russ are still in the phase when they are “talking about” expanding their brood.

“It’s a long process [and] not that easy,” she admitted.

“But it’s something that I’ve been really wanting to do for a while,” Pao expressed.

Though she did not directly explain why she believes this, she did drop some hints.

“Right now,” Pao described her son, “he just wants to be with me all the time.”

“I have some videos of him really close to me,” Paola gushed.

“He always wants to jump on me,” she characterized her son.

She added: “He always wants Mommy.”

“He’s growing so fast,” she noted.

She also acknowledged that things had been rough with Russ.

The two were confined together, with their small child, in a very small space during pandemic lockdown.

While staying at home together made some partners and families closer, it tore others apart.

Paola affirmed that she and Russ are “working things out” now.

She admitted that her marriage has experienced numerous “ups and downs” and continues to do so.

In a moment of raw honesty, Pao shared that she isn’t always sure “what to expect” from Russ, which sounds like a long-term problem.

“We have been going through really rough times,” Paola emphasized.

“I don’t know [what will happen],” she confessed.

“We’re trying to make it work,” Pao shared, “but I don’t know what’s going to happen.”

She did offer some very important clarifications however.

First of all, she confirmed that she and Russ are still living together.

She also added that they tried couples counseling over video chat during the pandemic, with limited success.

“When you do it [virtually], that’s not the same as going to somebody and being able to express yourself,” Paola lamented.

Sometimes, no amount of effort can make a relationship work in a healthy way. Other times, it just takes genuine effort to patch things up.

We will admit that we have some questions and concerns about Paola’s goal to adopt a child.

Is Paola done with looney conspiracies and willing to vaccinate a child she might adopt? That’s pretty important.

The second is … is a marriage where even the spouses don’t know about their future a stable environment into which to bring a new child?