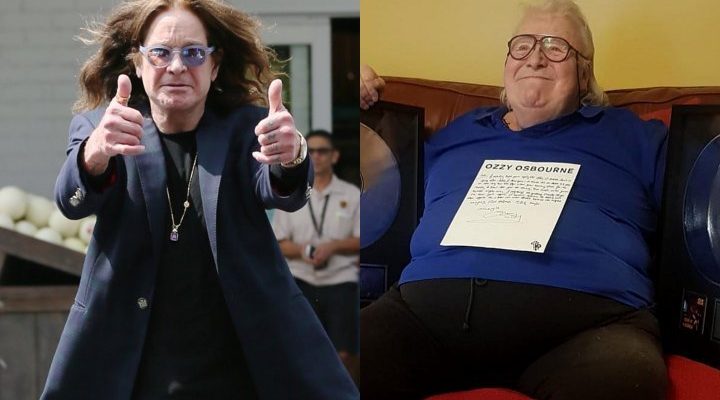 AceShowbiz –Ozzy Osbourne has granted the wish of his terminally ill former bandmate by gifting the drummer with the platinum records they worked on together.

Lee Kerslake, who announced last month (December 2018) he has prostate and bone cancer, played the drums on the Black Sabbath star’s first two solo albums and following his health announcement, the musician said he would like to see those platinum records from the 1980s before he passed.

“I’ve written to Sharon and Ozzy recently, a personal letter basically asking them to kindly send me platinum album certifications for Blizzard of Ozz and Diary of a Madman, to hang on my wall before I die,” he told The Metal Voice. “It’s on my bucket list.”

The drummer has since received the albums from Ozzy and The “Prince of Darkness” was more than happy to oblige.

“I’m so glad that Lee Kerslake is enjoying his Blizzard and Diary platinum albums,” Ozzy wrote on Twitter alongside a picture of Kerslake smiling and posing with the records from his couch. “I hope you feel better. Love, Ozzy.”

Kerslake and bassist Bob Daisley previously sued Ozzy and his wife Sharon Osbourne for royalties from the records, but lost.