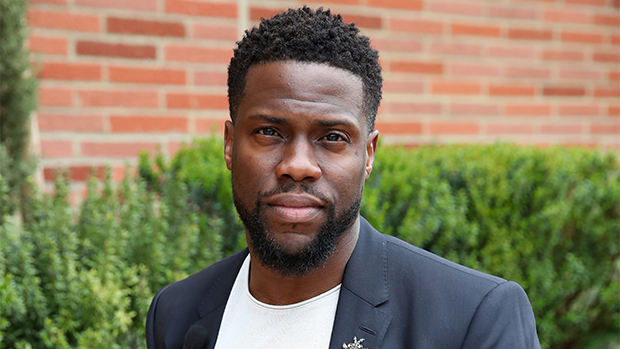 Kevin Hart will no longer be hosting the 2019 Oscars, but who will be taking his place? Although tons of fans are nominating themselves for the role, others have suggested some great options!

The 2019 Oscars are three months away, and now that Kevin Hart, 39, has bowed out of his host role, the show needs a new one ASAP! As soon as the news broke that the comedian was stepping down from the position and apologizing for homophobic tweets he posted back in 2009 and 2010, fans immediately started throwing out other suggestions on Twitter. So who will take his place? Lots of Twitter users seem pretty set on Trevor Noah, 34. The comedian, who hosts The Daily Show, would be a great fit. “Can they please give the Oscars to @Trevornoah to host next year?” one fan asked. “I think he would be perfect. And look perfect.”

Another suggestion for the Oscars 2019 host couldn’t be more different — Donald Trump, 72. “If the #Oscars want to be relevant again and restore the ratings and probably be offensive, they should invite @realDonaldTrump to host,” one Twitter user wrote. “Cut out the middle man. He’d no doubt accept, and the entire world would watch even if the ceremony went for 17 hours.” Another tweeted at the President, asking him, “Ey man are you up for hosting the #Oscars. You’ll get to trash a whole lotta people.” But considering Kevin was asked to apologize for his tweets or step down from the role, we doubt Trump would pass the test.

Other options for the 2019 host include a wide range of female comedians, which would be amazing! From Leslie Jones, 51, and Kate McKinnon, 34, to Tiffany Haddish, 39, and Sarah Paulson, 43, the options are endless in that department.

Of course, no choices have been made yet — and probably won’t be for awhile. This is an extremely important decision to make! So here’s to hoping the suggestions keep on coming.

But one thing’s for sure! Kevin is really and truly out. “I have made the choice to step down from hosting this year’s Oscar’s….this is because I do not want to be a distraction on a night that should be celebrated by so many amazing talented artists,” the actor revealed in a Dec. 6 tweet. “I sincerely apologize to the LGBTQ community for my insensitive words from my past. I’m sorry that I hurt people.. I am evolving and want to continue to do so. My goal is to bring people together not tear us apart. Much love & appreciation to the Academy. I hope we can meet again.”