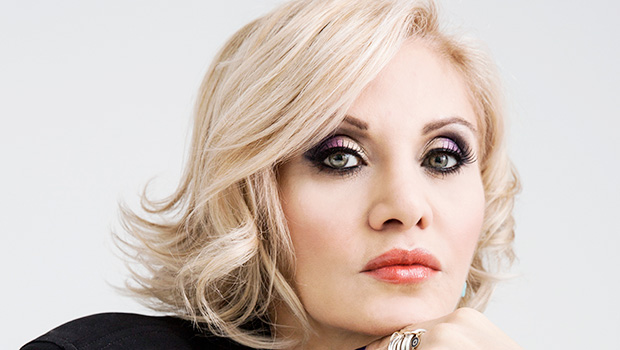 In a candid interview with Broadway bombshell Orfeh, who currently can be seen as Kit in ‘Pretty Woman: The Musical,’ the actress revealed the late director Garry Marshall gave the blessing before his death at the age of 81.

Broadway baby Orfeh, best known for her Tony Award nominated role of Paulette in the production of Legally Blonde, has a voice as big as the film-turned-Broadway show she’s starring in — Pretty Woman: The Musical. However, before Pretty Woman: The Musical even made it to the Nederland Theater on Broadway, Orfeh was essential in bringing the show life, even when it was just an idea in director Jerry Mitchell‘s head. “I’ve been with it a long time. I’ve been with it since the first half-table reading with Garry Marshall still with us,” Orfeh, who plays the hard-hitting role of Kit, revealed in an EXCLUSIVE interview with HollywoodLife.com. “He was every bit as funny and as charming and as sarcastic and as quick-witted as you wished he would be. There was no fluke to the fact that that’s the person who made those movies, or wrote those scripts.”

She continued, “The thing about Gary was that he really loved actors, and that’s important for a director. He loved actors. He was magical, really. He really was phenomenal and so supportive.” Before making its way to the Broadway stage, Pretty Woman premiered in Chicago at the Oriental Theater to a receptive and excited audience. Telling the beloved tale of the 1990 film Pretty Woman, which starred Julia Roberts and Richard Gere, Les Mis actress Samantha Barks fills the infamous red gown and white long gloves as Vivian, and Orfeh’s husband Andy Karl plays the smitten businessman, Edward. Garry Marshall, who directed the fan-favorite film, was present and involved in the creation of the musical, which features music and lyrics by rock legend Bryan Adams.

During her time with him while rehearsing for Pretty Woman, Orfeh revealed that Garry allowed her to create her own version of Kit for the stage. “He was like, ‘Just go. I don’t have to say anything to you.’ He would just tell Jerry, ‘Give her more, give her more,’” Orfeh said. “And I wanted more to do, as Kit. I didn’t think Laura San Giacomo was in the film enough. I think everyone felt that way. I think that she had this glorious part, but you were always left wanting more.” She added, “I wanted to stay true to what Laura San Giacomo had done. And then just put my Orfeh stamp on it!” You definitely see the Broadway star sign, seal and deliver her full potential, with her fierce hit “Rodeo Drive,” and her solemn, yet powerful and honest number, “Never Give Up on a Dream.” You can see Orfeh, Andy Karl and Samantha Barks in Broadway’s stunning production of Pretty Woman: The Musical. You will laugh, sing, smile, cry and be absolutely inspired!