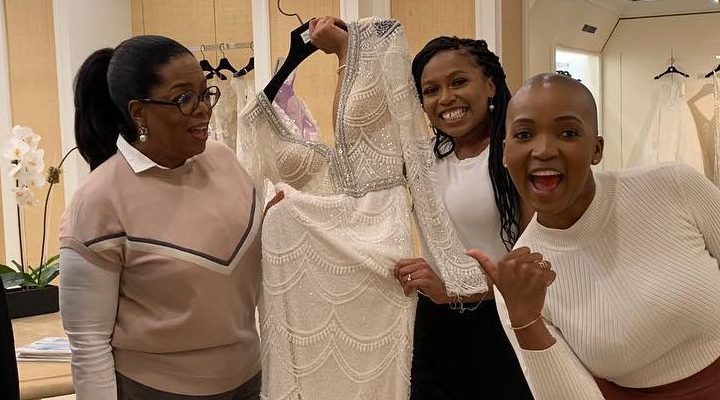 AceShowbiz –Oprah Winfrey is giving one of her South African school graduates a wedding day to remember by gifting the bride-to-be a $10,000 (£7,700) designer gown.

The media mogul reunited with three former students from her Oprah Winfrey Leadership Academy for Girls on Saturday, April 27 and took them to Saks Fifth Avenue in Beverly Hills, California for a private shopping trip.

According to the Daily Mail, the luxury store was shut down to allow the superstar to browse the wedding department with her girls in peace, and Oprah later took to Instagram to document the special occasion.

Alongside a photo of herself and her three friends holding up a stunning Berta gown, Oprah wrote, “I’ve known these girls since they were 12 and 13 coming to my school. Graduating from college. Grad school. Now our first wedding. Looking for the perfect dress #biglifemoment”.

However, it appears the beaded ivory gown isn’t the one the bride-to-be, who goes by the name Glori R online, will be wearing on her big day, as she also shared a snap of herself holding the dress as Oprah considered it with an unconvinced look on her face.

Glori didn’t share any other information about the dress she ended up choosing, which was reportedly paid for by Oprah.

The Saks Fifth Avenue outing wasn’t the only treat the Selma star gave the ladies – she also took them to celebrity chef Wolfgang Puck’s popular restaurant Spago for lunch prior to their search for the perfect wedding gown.