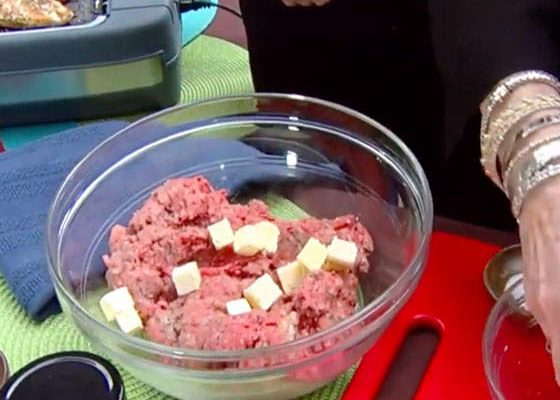 Paula Deen took a culinary risk and did something new and inventive to improve an old American classic. Just kidding! She added butter to some shit. This time it was a burger. Paula named it a Butter Burger and some chefs are calling it…….upsetting.

According to The Takeout

There are a lot of ways to make a great burger, even if many will bring out the purists anew. But on a recent episode of Fox & Friends, human manifestation of American culinary excess Paula Deen demonstrated a method of integrating butter into your burger, which at first blush we can only describe as “upsetting.”

Look, I get it, butter is fat and makes everything better, but it does feel like cheating. Donuts are amazing but you don’t just shove them into some raw meat and call it a “Donut Burger.” Or maybe you do and that’s why I don’t have cruises headlining me.  Actually…. a cruise based just around donuts doesn’t sound like the worst.

How Paula Deen has made a multi-million empire based largely on adding butter to things is one of life’s great mysteries. Need to improve a burger, BUTTER! Get your brother Bubba out of sexual harassment lawsuit, BUTTER! Get caught using the N-word, BUTTER! Americans love butter and Paula Deen understood the power of that love like no other.

Here’s the video, be warned though, watching Paula mash frozen butter cubes into raw meat while the Fox News reporters try to control their boners over an n-word-spewing mess with butter-meat hands is almost too much handle.