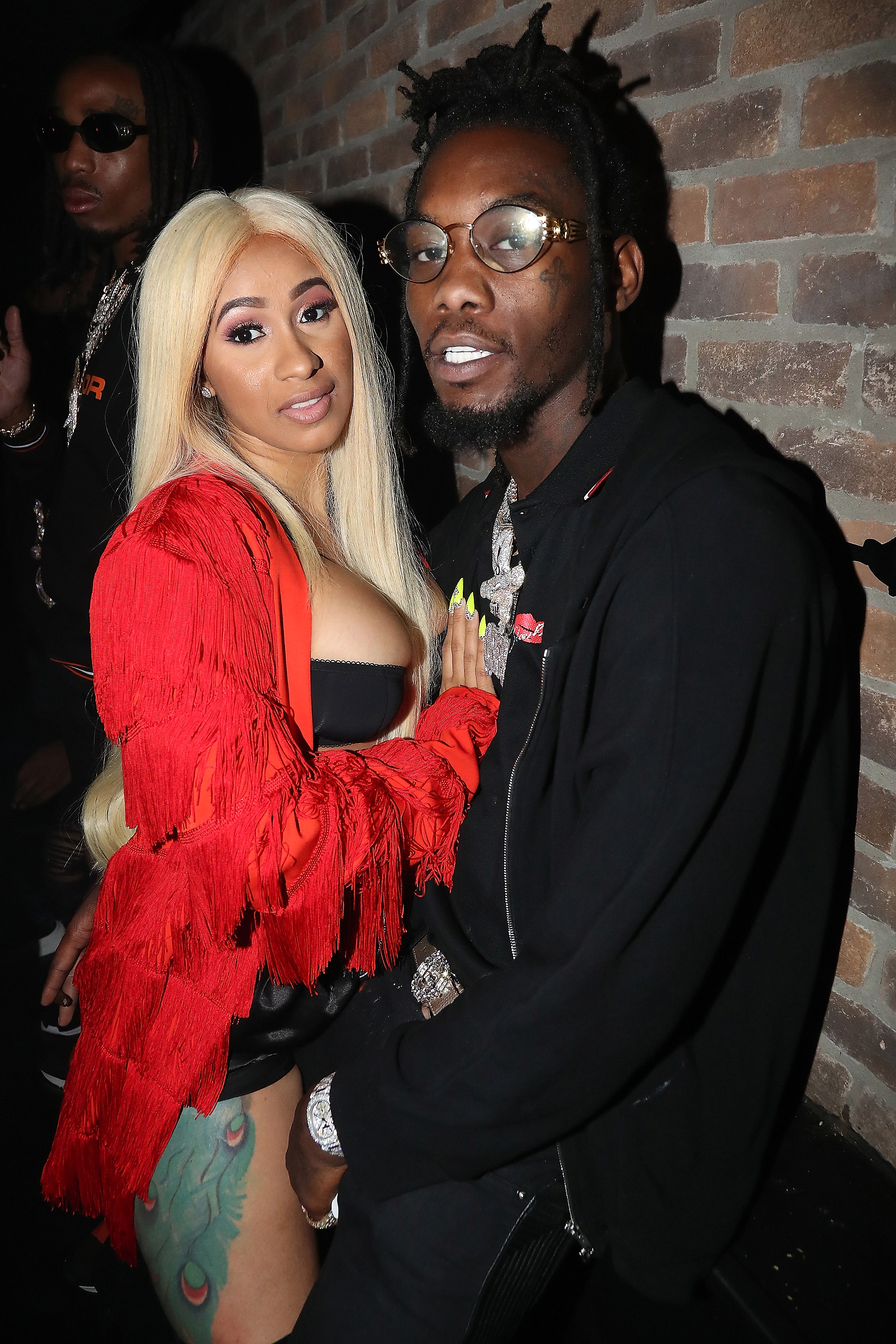 Doing whatever it takes — despite the backlash. Cardi B came to the defense of estranged husband Offset after he was slammed for making a grand gesture asking for her forgiveness.

The Migos rapper, 27, unveiled flower arrangements that read “Take Me Back Cardi” on stage at Cardi’s Rolling Loud Festival performance in Los Angeles on Saturday, December 15, and though he was handed a microphone to express his love for her, the “Bodak Yellow” artist seemingly wasn’t there for it.

After the stint, Twitter went wild bashing Offset for his move, but Cardi, 26, wasn’t going to stand for the hate.

“Guys, I just want to say thank you so much for everybody that’s been supporting me, that been loving me,” Cardi said in an Instagram video following her performance. “And that feel like they need to defend me … I don’t want people to, like, doing f–k s–t, saying f–k s–t. Violating my baby father isn’t going to make me feel any better, because at the end of the day, that’s still family.” 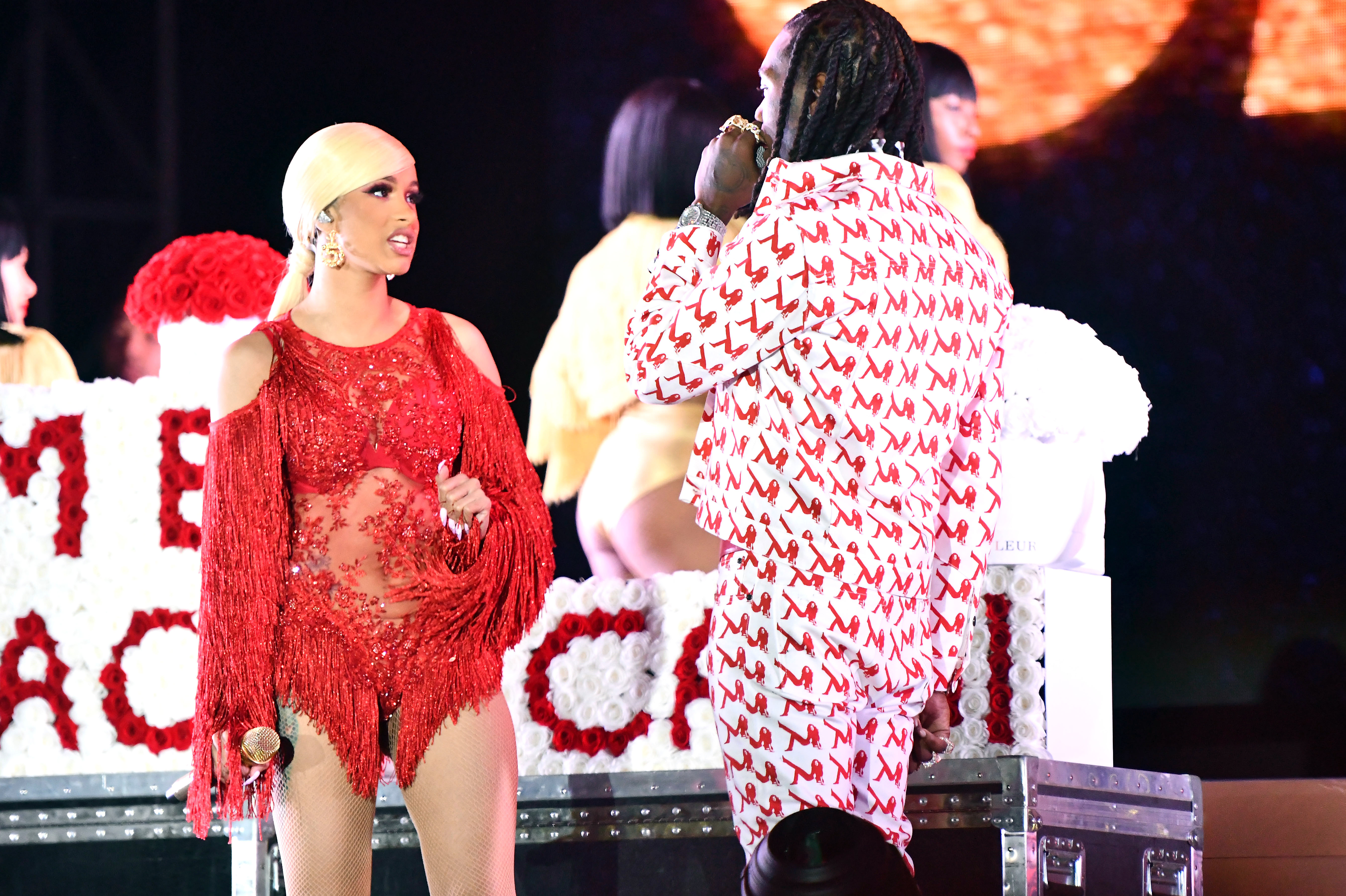 She added: “Unfortunately, we going through things and, um, it’s not private, it became public … and I just want things to die down, I just need time so we can see eye-to-eye. I can’t predict the future, I don’t know. I don’t need people coming at my baby father and s–t that doesn’t make me feel any better. And I just want to say thank you, everybody. Respect my wishes.”

Fans then flooded the comments section of the Bronx native’s post, asking if the video meant she would be taking back Offset, with whom she shares 5-month-old daughter Kulture.

“I’m not saying I’m going to get back together with him,” Cardi addressed in a second video. “I just don’t like that bashing online thing.”

She went on to note that “just earlier” social media users saw Saturday Night Live’s Pete Davidson air out his feelings about “not wanting to be on this earth” on Instagram and how she’d never want Offset to have those feelings because of comments.

“That’s a nasty feeling,” Cardi said. “And I wouldn’t want that.”

Cardi announced her split from Offset earlier this month via Instagram video. “We got a lot of love for each other but things just haven’t been working out between us for a long time. … And it’s nobody’s fault. I guess we grew out of love but we are not together anymore,” she explained in the clip on December 4. “I don’t know, it might take some time to get a divorce and I’m going to always have a lot of love for him because he is my daughter’s father.”

Prior to his gesture on Saturday, Offset posted a video begging for the forgiveness of his love.

“I only got one birthday wish, and that’s to get my wife back, Cardi,” he said. “We going through a lot of things right now, a lot of things in the media. I wanna apologize to you, Cardi. You know, I embarrassed you. I made you look crazy. Doing things I ain’t have no business. I was partaking in activity that I shouldn’t have been taking in, and I apologize.”

Following their split, Offset’s alleged mistress, Summer Bunni, claimed to TMZ that she had “not messed with Offset since he had his baby,” and issued an apology to Cardi.