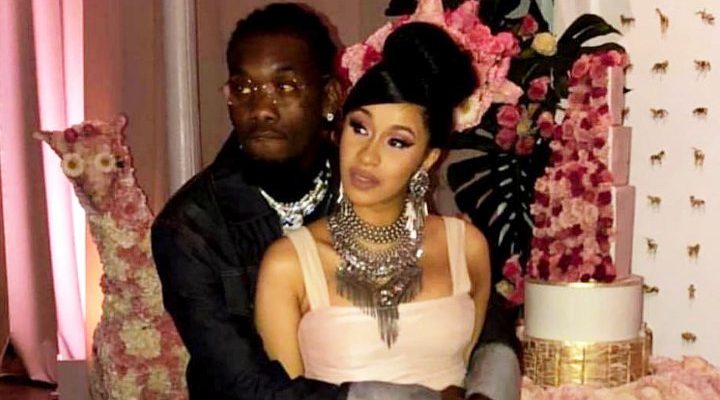 AceShowbiz –
Offset is apparently feeling regret after cheating on his estranged wife Cardi B. Responding to all the tweets he received from the “Bodak Yellow” hitmaker’s fans who chastised him for his alleged infidelity, he wrote back on Twitter on Sunday, December 9, “F**K YALL I MISS CARDI.”

But Offset may have to work hard to win Cardi back as the latter has assured everyone that their split is for real. The Bronx femcee took to Instagram Live on Sunday to debunk rumors which said that she broke up with her daughter’s father to generate publicity for Offset’s new album, which is set for release on December 14.

“I met this n***a, he was on my a**, I gave him a chance and we fell in love with each other,” the 26-year-old star insisted. “Things was not always gravy, ’cause at the end of the day, we are two different people. But we never did anything for f**king publicity, b***h. You think I got f**king pregnant, could have ruined my career for f**king publicity?”

The publicity split accusation sparked after Cardi and Offset packed on the PDA onstage at the 2018 102.7 KIIS-FM Jingle Ball on Friday, November 30, during which the “Bartier Cardi” raptress brought out her rapper husband to deliver a surprise duet. Their joint performance happened just days before Cardi announced her split from Offset.

#CardiB brought out her man #Offset at #KIISJingleBall

“I’ve been trying to work things out with my baby’s father for a hot minute now. We’re really good friends and we’re really good business partners,” she said in an Instagram video posted on December 4, “but things just haven’t been working out between us for a long time.” Hinting that their split was amicable, she said, “It’s nobody’s fault, I guess we just grew out of love, but we’re not together anymore.” She added, “It might take time to get a divorce.”