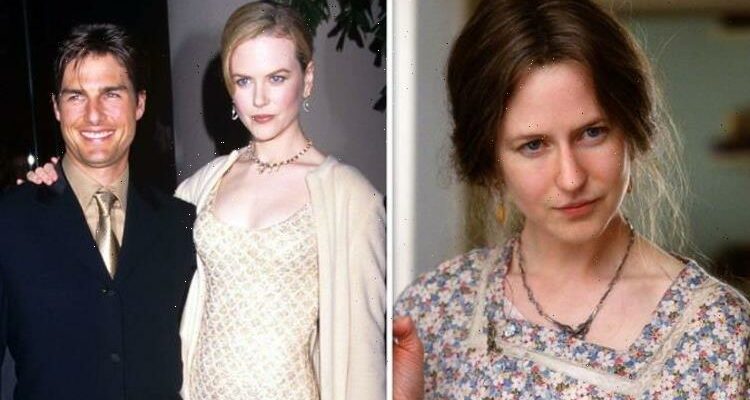 Nicole Kidman, 54, took on her Academy-award winning role of Virginia Woolf in The Hours just after her divorce from Tom Cruise, 59, in 2001. The actress has since reflected on the period and how she became an “open vessel” to the suicidal character’s thoughts.

I was pretty much an open vessel.

The film depicted the famous author’s mental health struggles, leading Nicole to reflect on her own issues.

Speaking to This Cultural Life on BBC Radio 4 about her emotions at the time, Nicole said: “I think I was in a place myself at that time that was removed, depressed, not in my own body.

“So the idea of Virginia coming through me, I was pretty much an open vessel for it to happen. And I think Stephen [Daldry, the film’s director] was very delicate with me because he knew that.

“I was open to understand it, which I think is probably the beauty of life as an actor.”

Detailing her mental health experiences, Nicole continued: “There’s a point where you’re like, oh, I have so many experiences now.

“I’ve delved and traversed many different landscapes of mental health and loss and ideas and joy and raised birth and you know, life is what it is.”

Nicole filmed the role in 2002, a year after she split from Tom after 11 years of marriage and adopting two children, daughter Isabella, now 29, and son, Connor, 26.

Nicole reflected on the split in a 2012 interview with Who magazine, with the actress admitting: “When it didn’t work out I had to really dig deep and find my way through depression.

“I have no regrets about all of it. It was all part of growing up.”

Nicole is now happily married to country singer Keith Urban and has two more children with the singer.

Her biological daughter Sunday Rose was born in 2008.

In 2010, the couple welcomed their second daughter, Faith Margaret, via gestational surrogacy.

Speaking to the Guardian, the star admits she cries a lot but she “tries to keep a lid on that”.

When questioned about the last thing that made her cry, Nicole replied: “That’s too personal. But yeah, I cry. I try to keep a lid on that, but everything is deeply sad.”

“I have an enormous amount of that. I think a lot of people walk around with it too, don’t you?”

In 2020, The New York Times even ranked her among the greatest actors of the 21st century.

As well as her acting roles, Nicole does a lot for the community including being a Goodwill ambassador for UNICEF since 1994 and for UNIFEM since 2006.

In 2006 she was also appointed companion of the Order of Australia.