After three years of playing Hermione Granger in Harry Potter and the Cursed Child — first on the West End in London and then on Broadway in New York City — British actress Noma Dumezweni wasted no time lining up her next project. One week after her final performance on stage she was on set with Nicole Kidman and Hugh Grant playing lawyer Haley Fitzgerald — an immediate fan favorite — in the hit HBO series The Undoing.

“You’ve got to strike while the iron’s hot, especially when the opportunity comes,” Dumezweni quips about not giving herself a longer break between projects as she talks to ET over the phone from New York City, where she’s just returned after finishing filming her latest role in the upcoming HBO Max series Made for Love.

“That production changed my life,” Dumezweni says, appreciative of the opportunity to play Hermione on stage, earning a Laurence Olivier Award and Tony nomination for the performance. While the character is easily the longest she’s ever played, she was just as excited about moving on to the next. “For me, it’s joyous to think, ‘Oh, who am I now going to meet?’ I always look forward to meeting another character.” 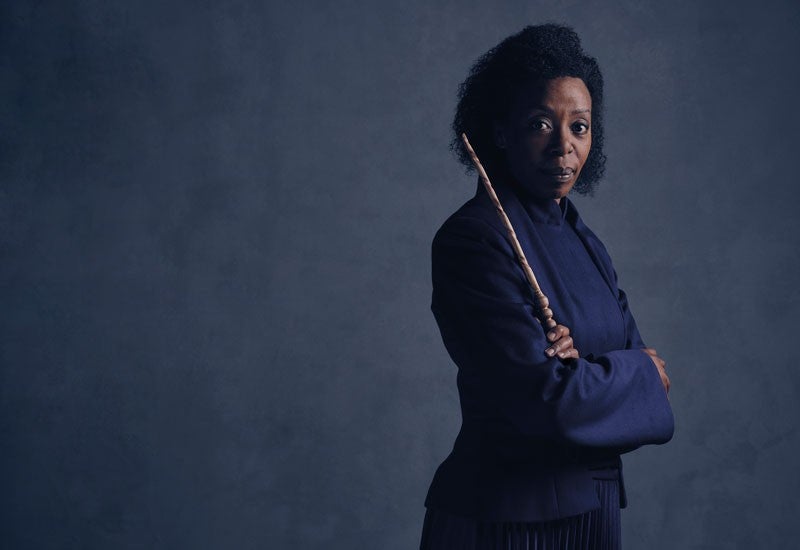 For her, that is playing Haley, who used the thrilling finale of the limited series to unleash fury on her client, the privileged and narcissistic Jonathan Fraser (Grant) suspected in the murder of Elena Alves (Matilda De Angelis), a young mother of two and member of the same private school fundraising committee as Jonathan’s wife, Grace (Kidman).

Directed by Susanne Bier and written by David E. Kelley, the six-episode series is an addictive adaptation of Jean Hanff Korelitz’s novel, You Should Have Known, which follows the lives of this seemingly perfect couple whose world begins to unravel with each new revelation that follows.

As Haley, who the actress created after sitting in courtrooms and talking to the likes of Karol Mason, Dumezweni comes in as the confident, no-nonsense defense lawyer hired by Grace’s father, Franklin Reinhardt (Donald Sutherland), to “muck” things up for the prosecution and see that Jonathan is cleared of any wrongdoing in Elena’s murder. “She’s very confident in being honest,” she says of the character, who sees right through Jonathan and knows exactly what kind of person he is.

“The law comes first and she can work with the law. So whether he did it or not is irrelevant,” Dumezweni adds. Whether he’s guilty or not is not Haley’s concern. All she does know is that he is a liar. And to her, that’s the undeniable truth. 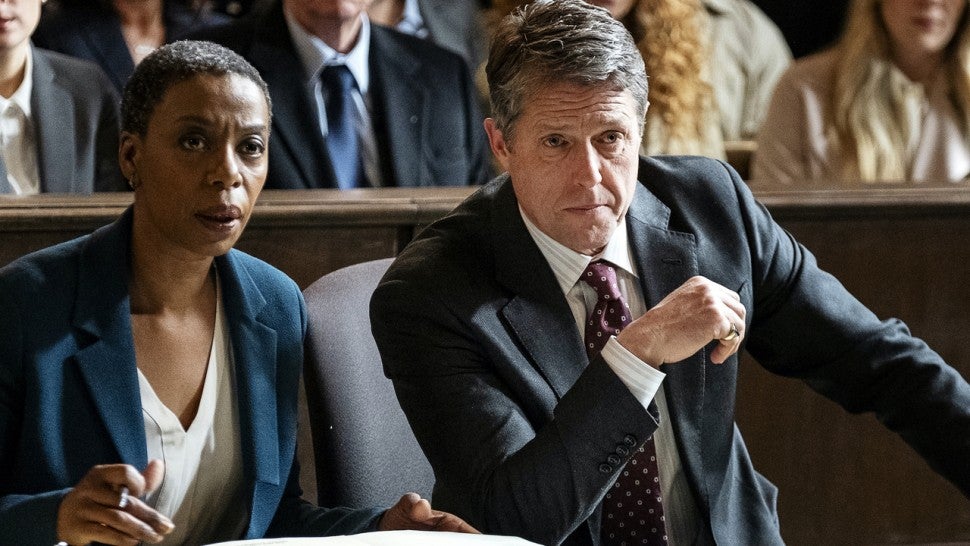 While Dumezweni ripped through her scenes on screen, making an immediate impression with viewers, she admits it did take some adjusting — especially after spending so much time on stage. “I was still working to the back of the room and I didn’t have to,” she says of learning to dial her performance back a bit while remembering to appreciate that the camera and microphone can capture so much more than what’s seen on stage.

“So that was a learning curve,” the actress says, adding that she credits Bier for really honing in on the performance they needed for the series. “She got me when she wanted me to be.”

Bier remembers Dumezweni’s first day on set, realizing what potential they had in the actress. “She did the scene with Hugh and Nicole where they’re in her office and they’re holding hands, and she was super nervous,” the director recalls. “She was a nervous wreck. Like, ‘First day: Hugh Grant, Nicole Kidman, here we go!’ And I think it took them, like, a half an hour to realize, ‘OK, we’ve actually got someone who is just as strong and who has never done this before,’ and it was like, ‘Whoa.’” 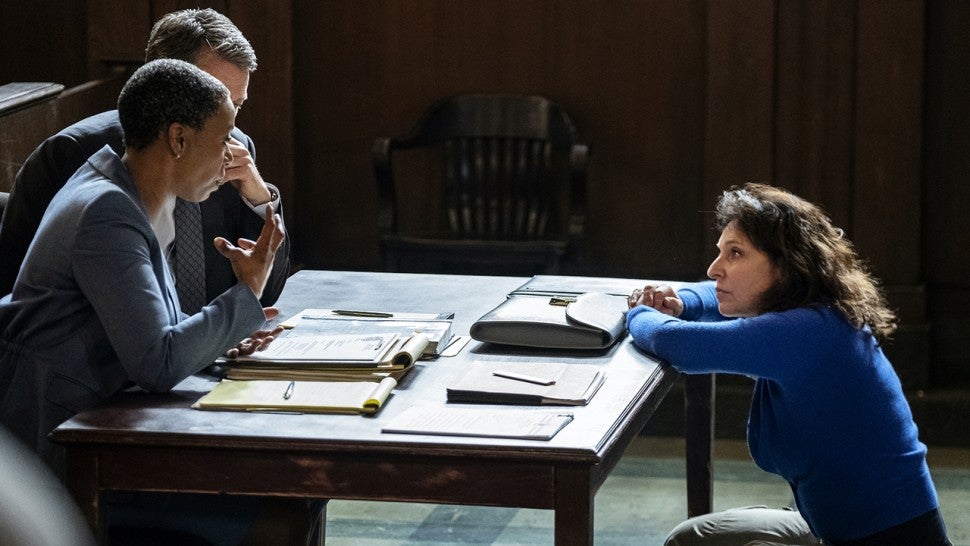 Dumezweni adds that she eventually learned to be a lot quieter and a lot more still, which ultimately added a steeliness to her performance, making Haley that much more intimidating opposite Jonathan and Grace. And come awards season, it is a performance that should not be forgotten.

Next up for the actress, who has recently appeared in one episode of Normal People and Mary Poppins Returns, is a wildly different series, Made for Love, which will see her exploring her comedic side as a lovestruck marine biologist named Fiffany. The 10-episode, half-hour series is being adapted by novelist and showrunner Patrick Somerville from the tragicomic book of the same name about a woman who escapes her marriage only to discover her husband had her fitted with a high-tech tracking device.

In addition to Dumezweni, the series stars Cristin Milioti, Ray Romano and Billy Magnussen, the latter of whom the actress just adores. “He’s such a character and he won’t be the same every time and I really loved that. That energy, that’s what I really enjoy,” she says.

Her experience filming the series, especially right after her time on The Undoing, has taught her to be malleable to the needs of the story at hand — but also to trust in herself and what she’s doing. “Serve it up on the day. You’ve done your job. Now walk away,” she quips, laughing at the short stanza she made up on the spot. Perhaps it’ll become a permanent mantra she tells herself moving forward.

The Undoing is now streaming on HBO Max.