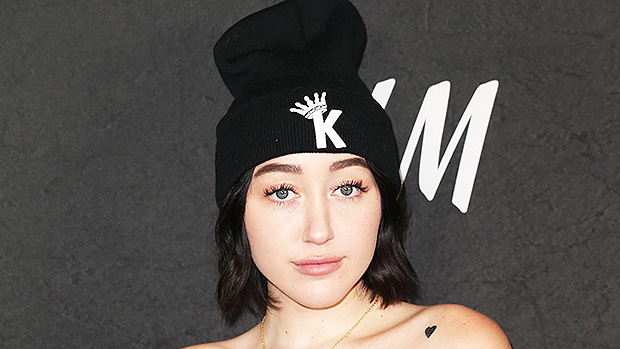 Nothing’s going to bring Noah Cyrus down! Though the singer looks gloomy on Instagram, she vowed to fans that she’ll be be happy again no matter what! See her pic and message here.

Looks can be deceiving! Despite posting the gloomiest selfie ever on Instagram, Noah Cyrus let her fans know that she “WILL be happy if its the last thing i do.” Her cryptic message comes one day after her ex-boyfriend, Lil Xan, announced that he and his new girlfriend, Annie Smith, are having a baby. Noah and Xan dated throughout summer 2018, and split in September. Noah also posted a pic on her Instagram story captioned “whata day,” that showed her tear-stained face. Poor thing!

Noah did not name Xan or the pregnancy in the posts, so there’s always the possibility that she’s upset about something else. Her fans, though, believe she’s talking about her ex-boyfriend. They’re lending her tons of support in the comments. “I know it hurts, but go out live your life and be happy, do not give the pos the satisfaction of seeing you sad. You are young, beautiful, and talented. Live your life and someday you will find the one, this guy is obviously not the one and he needs to see you happy without him so he knows exactly what a gem he threw away……hugs,” on compassionate fan wrote. Another commented, “@noahcyrus you will be happy although it hard to see right now. think of it as a blessing in disguise that things happened how they did. Life has so much more in store for you!”

While the news may sting, Noah’s, of course, going to be okay. A source close to the “All Falls Down” singer told Us Weekly that, “she is completely over him and has moved past that part of her life. She was obviously surprised, but doesn’t feel hurt.” Noah and Xan’s breakup was messy and very public. At one point, Xan even called her a “clout chaser.” Not cool! He backtracked later the month, saying on the September 26 episode of Open Late with Peter Rosenberg that the breakup with his fault.

i WILL be happy if its the last thing i do.

i WILL be happy if its the last thing i do.

“Honestly, honest to God, I would say like most of the reason the breakup happened was because of me,” he said. “It was my fault. We could have still been together, but I just feel like I f*cked everything up!” He blamed his harsh reaction to the breakup on coming down off drugs. “I was just everywhere and stuff. I have no bad blood between Noah or nothing like that or anything with the family. It’s a great family. They treated me very nicely,” he said.