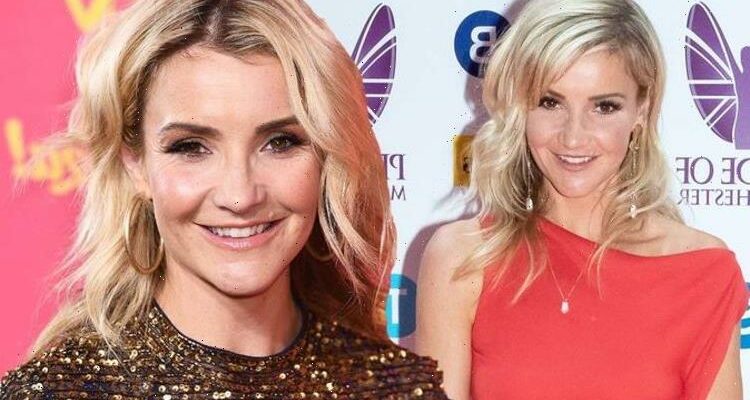 Helen Skelton kayaks The Amazon for Sport Relief in 2010

Helen Skelton, 38, has recounted her atypical childbirth experience and what she would want to avoid when she goes into labour again. The Countryfile star is currently expecting her third child with her husband, rugby player Richie Myler, 31.

Helen had to give birth to Louis on the kitchen floor in France while Richie was away for work.

Speaking to Lorraine Kelly on her ITV show, Helen explained: “I know God bless him.

“I can’t decide if he’s proud or embarrassed.

“No one wants a gorgeous French fireman around their feet while they’re giving birth, which is what I had.

“They’d never done that before and were so excited, I just said, ‘get back around my head please’.”

Helen also clarified this was her last pregnancy, so she was making the most of it.

The This Week On The Farm host told Lorraine: “With the first one I was like ‘I’m independent, I don’t need a chair, I don’t need extra treatment’.

The 38-year-old showed off her baby bump in a recent post on Instagram, where she has garnered 249,000 followers.

In the snap, she could be seen sporting a denim jumpsuit with a black top underneath.

She wore her long blonde hair down, as she smiled looking away from the camera.

Her two sons also appeared in the picture, touching her pregnant belly.

She simply captioned the post: “#Grateful,” alongside some emojis.

The TV star was immediately inundated with comments from fans and friends, with actress Nikki Sanderson simply stating: “Love”.