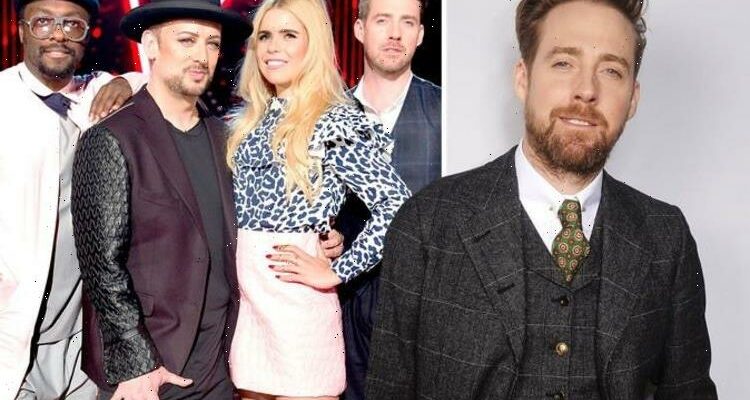 The Voice UK first came to screens in 2011 on BBC One. Three years into the hit series, Kaiser Chiefs frontman Ricky Wilson joined as a coach. The 43-year-old was the winning panellist for two years in a row with stars Stevie McCrorie and Kevin Simm, before the show moved to ITV.

Speaking to Express.co.uk, the singer said he is keen to go back on the show after being replaced.

He spilled: “It’s good fun being put into that world, it’s a world I still find fascinating, the TV world.

“I’ll always be the first to arrive and the last to leave because I wanted to soak up as much of it as possible.

“I’m just waiting for someone to drop out so I can march into ITV and say, ‘Stick me back on’.”

Ricky said he had planned to take a year out from the show after three series, but then wasn’t asked back.

He added: “I thought to myself, I’ll take a year out and then go back but then they never asked me back.

“I was a bit of a wildcard when I did it, no one expected me to do something like that.”

He went on to say he was “a gamble” to the BBC as he “wasn’t that famous”.

When the show moved to ITV, Ricky was replaced by Gavin Rossdale.

He previously said he was “furious” not being a part of the show in 2017.

Speaking on Good Morning Britain, he added: “I loved it. I was furious last year when I wasn’t on it.

“It’s fun and it’s TV and I really enjoy it and I’d love to do something like that again – or that.

Following the success of the adult version of The Voice, ITV introduced a kids version in 2017.

The new episode will kick off tonight with new judge Mel C on board as a coach alongside will.i.am, Danny Jones and Pixie Lott.

Elsewhere, during lockdown, Ricky created a dog he made out of old phone boxes as part of Three’s latest campaign.

The Kaiser Chiefs star developed a wider interest in art during the quiet period and has since encouraged others to do the same.

Ricky and Three UK are inspiring the nation to get creative with their old smartphone boxes this Black Friday.

To see Ricky’s design, with the rest of these amazing paper sculptures in detail and for a chance of winning one, visit @ThreeUK on Instagram.

The Voice Kids will air nightly on ITV and ITV Hub from Monday 27 December at 7:30PM.