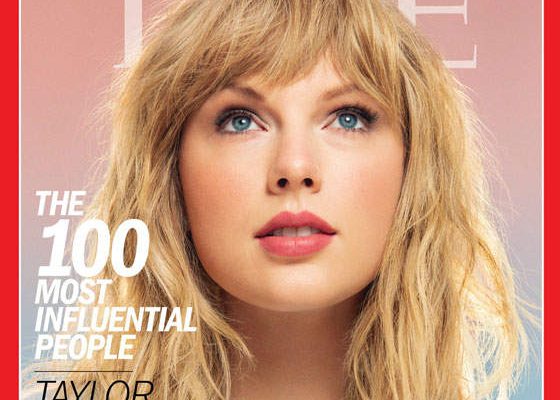 Time put out their 100 Most Influential People list and it includes The Rock, Chrissy Teigen, Gayle King, and Taylor Swift who is on one of the covers giving you, “Are you there God, it’s me – oh yeah, you know who I am. EVERYONE knows who I am.” And to answer your question, no, Gritty did not make the list, which means Time’s list is totally invalid. (insert whatever the fuck Gritty is) are people too! – Lainey Gossip

Filming on Birds of Prey has ended, which means that Party City sales are going to plummet since that’s obviously where the movie’s costumer designer got all the outfits from – Popoholic

Oh, I see Chucky got his eyes done and his brows plucked – Pajiba

I’m pretty sure nobody’s going to be caring about an ugly perfume or an album while they’re jizzing over the new Avengers movie, which comes out on the same day – Celebitchy

And yet, I still would – The Blemish

If what you needed today was some shirtless Terry Crews in a white speedo on top of a floating piece of pizza, here you go! – Just Jared