“[The system has] been disturbed by the entitlement, the power and money that could take away from less privileged, and that to me is disgraceful,” the Dynasty alum, 55, said while appearing on Access Opens a New Window. on Monday, March 18.

She continued: “I think there are ways to remedy a system that isn’t working and I think has been broken for a long time, so, I don’t want to get into how to fix it, but it’s troublesome. It’s troublesome because it can change the life path of a child that is deserving still.” 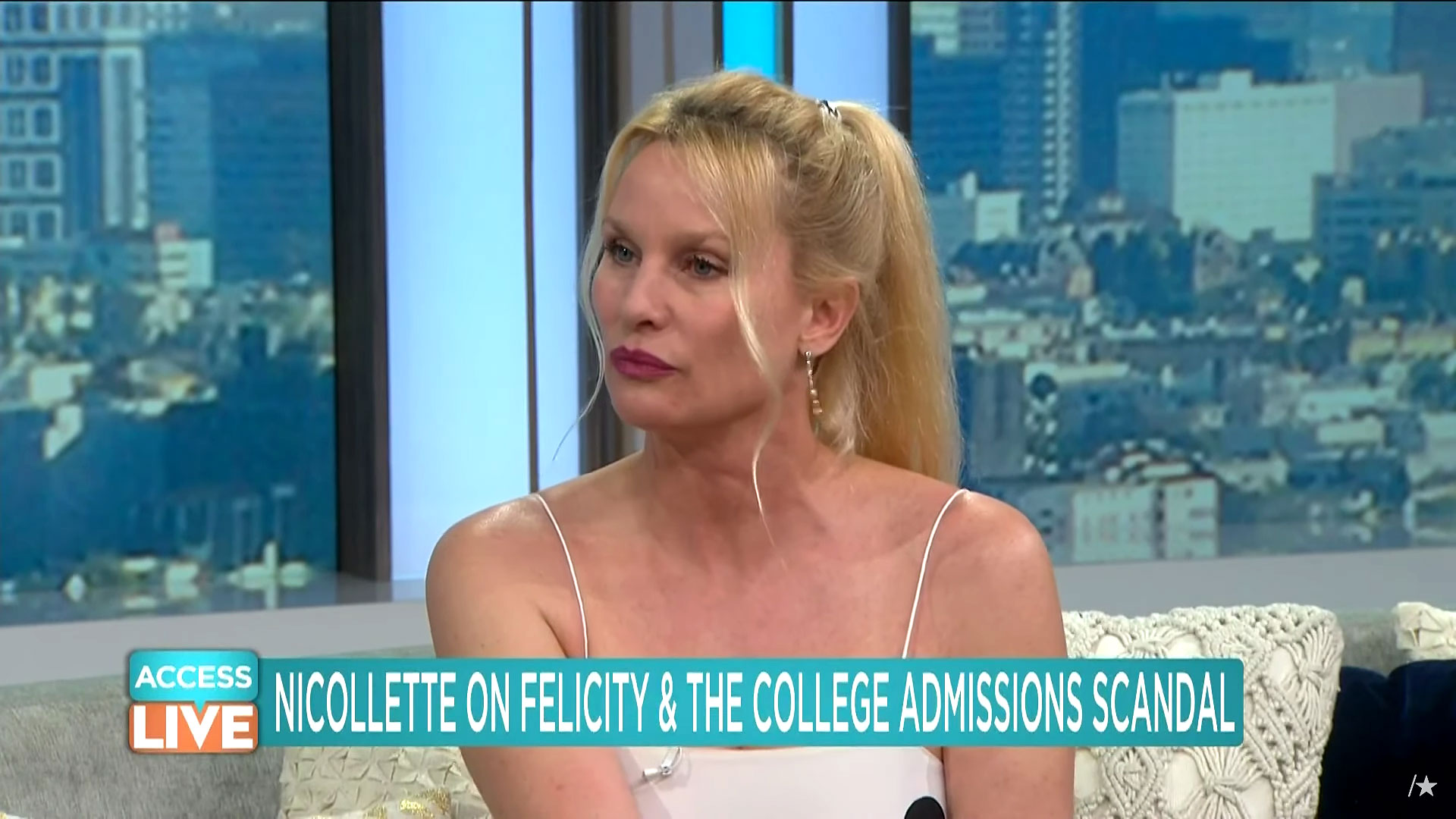 Sheridan sidestepped answering the question of whether her other Desperate Housewives costars were talking about the scandal, telling the show’s cohosts Kit Hoover, Scott Evans and Natalie Morales, “I think everybody should be talking about it. It’s a huge problem.”

Huffman, 56, has been accused of paying $15,000 on behalf of her eldest daughter, Sofia, 18, in order to allow the high school senior to be allotted extra time on her SAT exams. According to TMZ Opens a New Window. , the Oscar nominee also allegedly “made arrangements to pursue the scheme a second time” for her daughter Georgia, 17, but ultimately elected not to do so.

The Cake star was arrested at gunpoint on Tuesday, March, 12, over her alleged involvement in the incident and posted a $250,000 bond that same day. Full House alum Lori Loughlin is among the 50 others who were indicted in connection to the nationwide college scam. 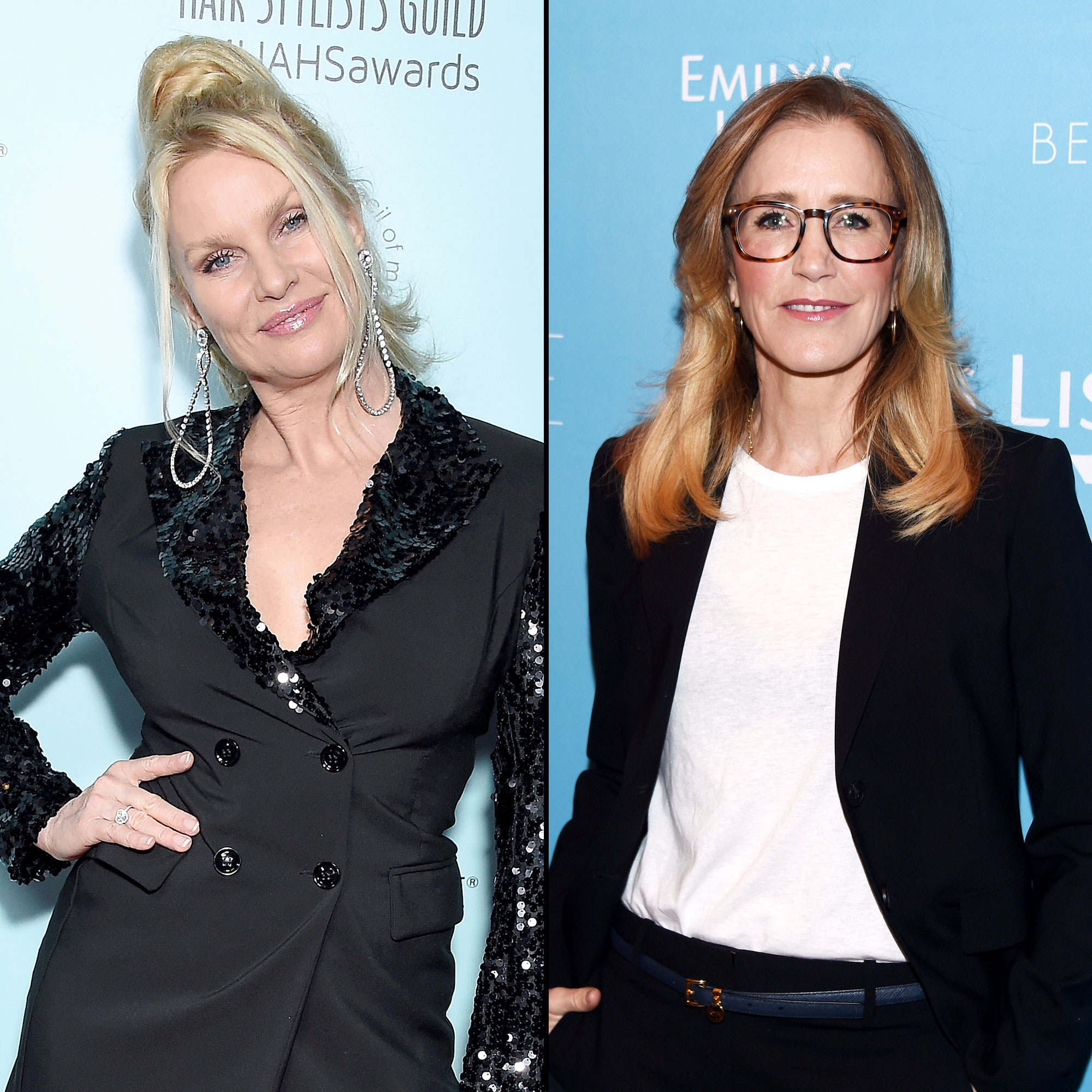 Sheridan, for her part, has a tumultuous relationship with the former ABC hit: She filed a $20 million lawsuit against Desperate Housewives creator Marc Cherry in April 2010 in which she alleged that Cherry assaulted her on set. She also claimed she was wrongfully terminated as retaliation for speaking out against his behavior (her character of Edie Britt was killed off in season 5 by way of electrocution).

“Nicollette worked very hard on the show and was a model employee. Mr. Cherry’s behavior towards Nicollette was and is nothing short of abusive and appalling,” the Legend of Tarzan star’s lawyer for the case, Mark Baute, told Us Weekly at the time. “The lawsuit is not something Nicollette wanted to do, it’s something she felt compelled to do … Nicollette asked ABC for help and protection from Mr. Cherry’s abusive behavior, and ultimately, ABC was not willing or able to provide that protection.”

The suit originally ended in a mistrial and a subsequent suit against Touchstone, which was dismissed Opens a New Window. in January 2017.

Cherry’s rep gave a statement to Entertainment Weekly Opens a New Window. in March 2018: “Nicolette Sheridan was not a victim at the hands of Marc Cherry — a court has already ruled to that effect after hearing the testimony of multiple witnesses. We are disappointed that the judicial determination continues to be ignored.”

Sheridan and Huffman’s former costar Eva Longoria admitted to Jimmy Kimmel in April 2018 that not all of the women from the show are still friendly.