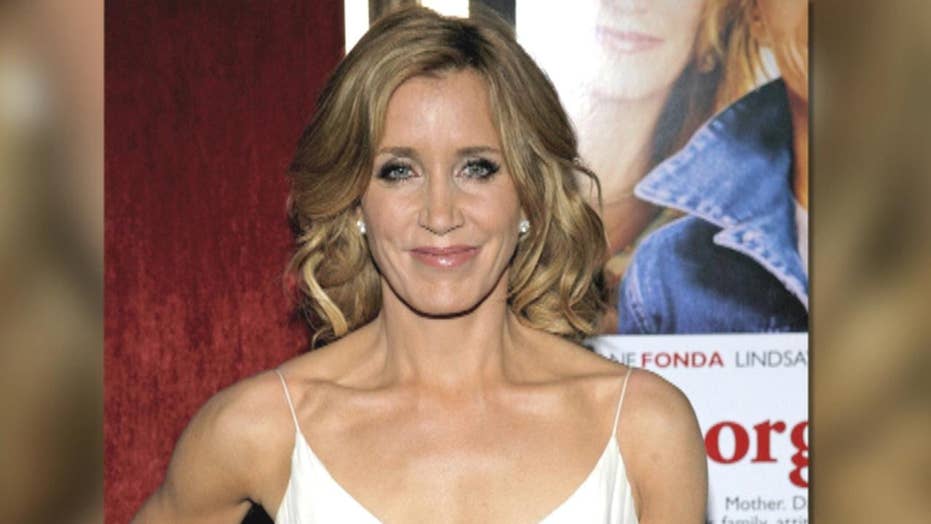 Nicollette Sheridan once shared the screen with Felicity Huffman on "Desperate Housewives" and now she's speaking out about Huffman's alleged involvement in the college admissions scam that made waves last week.

On Monday, the actress appeared on Access to promote her role on the CW's "Dynasty" and called the alleged crime "disgraceful."

“We don’t know the facts," she said. "But we could be extremely disturbed by the entitlement, the power, the money that could take away from those less privileged and that to me is disgraceful."

“I think there are ways to remedy a system that isn’t working and that I think has been broken for a long time,” she added. “It’s troublesome, it’s troublesome because it could change the life path of a child that is deserving.”

Last week, Huffman, 56, was indicted by federal authorities for allegedly paying $15,000 disguised as a charitable donation so that her daughter could take part in a somewhat rigged college entrance-exam. Huffman's husband, actor William H. Macy, was not indicted.

More than four dozen people — including "Full House" actress Lori Loughlin and her husband, fashion designer Mossimo Giannulli — have been charged in the nationwide scam, which is alleged to have placed students in top-tier schools like Yale, Georgetown, Stanford, the University of Southern California, UCLA and the University of Texas. A federal investigation into the matter — dubbed "Operation Varsity Blues" — has been ongoing for more than a year.

Huffman, Loughlin, and Giannulli are scheduled to appear in federal court in Boston on March 29, according to the U.S. Attorney's Office.