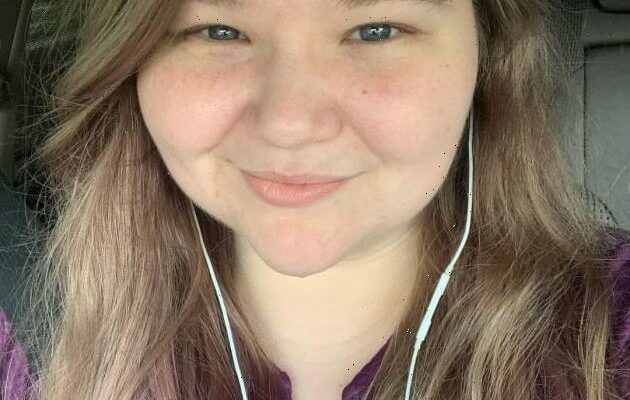 An apology, no matter how heartfelt, is not always a guarantee that it won’t happen again.

That’s what 90 Day Fiance fans are learning after Nicole Nafziger apologized for misleading her followers.

She’s back at it.

This time, Nicole is essentially faking her own death … but why?

“Heartbroken to confirm she is dead,” the post reads.

Over a photo of Nicole’s own face, the post also included a broken heart emoji.

Obviously, this was clickbait, with a whole “link in bio” message added on Instagram.

The link was not to a news story about Nicole’s tragic passing or to her obituary page.

Instead, the link led to a list of famous people who passed away in 2021.

It’s the time of year for those lists to go around, and many find them a tasteful way to remember who was lost to us this year.

Sharing the lists, out of sentiment or simply for clicks, is not unreasonable.

Making it appear that the person sharing the list has tragically died and that their family is sharing the sad news through her account … that’s pretty twisted.

Nicole’s death would be a tragedy for her, for her parents and sister, and especially for her young daughter, May.

Fortunately, she is alive and well.

Unfortunately, she is also getting some undestandable blowback from angry fans who feel tricked, hurt, and frankly, annoyed.

See, Nicole has done this sort of thing before.

Just last month, Nicole had some of her fans and followers thinking that she was pregnant.

Looking at her post, you can understand why people reached that conclusion:

“No, I am not pregnant,” Nicole had to then clarify on Instagram.

“Hope everyone is staying safe out there!” Nicole added. “Peace and love to all.”

Reality stars post things and then have to apologize for them all of the time, but they’re usually not … weird stuff like this.

But some public figures, and especially 90 Day Fiance stars, often sign on with management companies.

Which means that they hand over social media login information to a third party who can then post on their behalf.

One of the big incentives for becoming a reality TV star or otherwise becoming famous is monetization.

Nicole has certainly seized the opportunity to turn her fame into cash.

She might not make six or seven figures per ad, but Instagram endorsements of a product can go a long way.

Similarly, Nicole and other members of the cast share links to news, usually about the 90 Day Fiance franchise or related reality television.

Sometimes, these links are exciting news that their followers genuinely wanted to know.

That’s not always the case, though. The more egregious clickbait can elicit outrage and confusion.

Nicole does not have a monopoly on this. Just a couple of years ago, Deavan Clegg had her own link scandal.

But a relatively simple explanation about immigration policy sparked backlash, and Deavan launched into an angry rant about the article’s contents. Whoops!

On a very different note, Loren Brovarnik briefly feuded with Ashley Martson over a simple link that Ashley shared.

Loren was pregnant at the time with Shai, and Ashley’s management shared a photo from Loren’s announcement as part of the link teaser.

There was no real misinformation, but for some reason, Loren ended up under the impression that Ashley was stealing her pic for a pregnancy announcement of her own.

Danielle Mullins Jbali did not get rich appearing on 90 Day Fiance, which infamously pays its stars very little.

A few years ago, she even had to post a GoFundMe to make the money to avoid losing her home.

But at one point after her time with Mohamed had come to an end, she was in talks to get her very own makeover show, Mama June Shannon style.

The word from Gina’s camp was that Danielle was irrational and impossible to work with.

But Danielle’s side of the story was that they wanted login access to her social media to post clickbait that she could not delete — a total dealbreaker.

So Nicole is not alone.

But perhaps, because she has been so private about her former engagement to Azan and much of her life, she makes these headlines more often because she has so little news of her own.

We absolutely respect the hustle of her as a single mom raising a wonderful daughter, but we hope that Nicole can find something new. We’d love to see her on The Single Life.