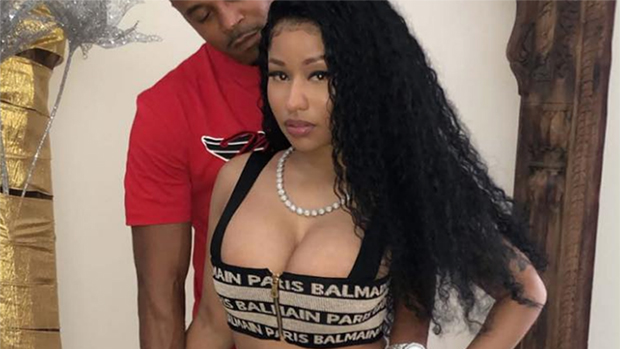 Even though Nicki Minaj’s fans are worried about new new boyfriend, Kenneth Petty’s, criminal history, she has a reason for standing by him — they have MAJOR history, and were even high school sweethearts, according to a new report.

Fans might know Kenneth “Zoo” Petty as Nicki Minaj’s “new boyfriend,” but it turns out these two have a history that dates back MANY years, according to TMZ. The site reports that Nicki and Kenneth first dated when she was just 16 years old and living in Queens. It’s unclear when they reconnected, but Nicki first started posting photos of him on Instagram back on Nov. 25. In one of her subsequent posts with Kenneth, she hinted that they knew each other back in the day. “Did you ever make it out of that town where nothing ever happens?” she captioned the pic. “It’s no secret….that the both of us….are running out of time.”

It took quite a bit of time for the mystery man in Nicki’s November post to be identified as Kenneth, but once his name was out there, it was also revealed that he was convicted for attempted rape as a teenager, and has a slew of other arrests to his name. Nicki has made it clear on social media that she is supporting her man despite his criminal history, though. In fact, when people slammed her for being with a registered sex offender who was convicted of attempted rape, she fired back, “He was 15, she was 16…in a relationship. Y’all can’t run my life. Y’all can’t even run y’all own life.”

The rapper reportedly “believes in second chances and has faith [Kenneth will] be good to her,” TMZ reports. Over the weekend, Nicki celebrated her birthday with Kenneth, who’s been “treating her like a queen” according to TMZ. The site’s sources also claim that Nicki was “stressed out” before getting back together with Kenneth, but has been “much happier” ever since they started dating again.

Along with his conviction for attempted rape, Kenneth was charged with murder in the second degree for alleged involvement in the shooting of a man named Lamont Robinson in 2002, according to documents obtained by The Blast. His charge was lessened to manslaughter in a plea deal, and he was sentenced to ten years in prison. Of those ten years, he served seven. In total, Kenneth has been arrested 12 times over the years, and has a dozen mugshots to prove it.