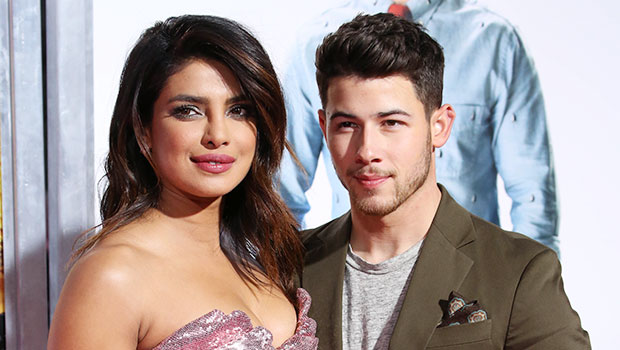 Nick Jonas and Priyanka Chopra went from dating, to engaged, to married in less than a year. But when it comes to starting a family, they’re slowing things down — and for good reason.

Nick Jonas, 26, and Priyanka Chopra, 36, are more in love than ever after tying the knot in India on Dec. 1, 2018. Priyanka just co-starred in the Jonas Brother‘s new video for “Sucker” — along with Joe Jonas’ fiancée, Sophie Turner, and Kevin Jonas’ wife, Danielle Jonas. And after the single hit number one on the Billboard charts, Nick surprised Priyanka with a brand new Maybach worth 200K. Yes, they really are living the good life. No wonder they aren’t in a hurry to change things up.

“Priyanka and Nick are enjoying life as newlyweds, so there’s no mad race for them to have a baby,” a friend of the couple tells HollywoodLife EXCLUSIVELY. “Nick’s got a lot on his plate with the new Jonas Brothers project that’s all taking on a life of its own. It’s a whirlwind right now and only going to get busier. And Priyanka’s plate is very full with work as well. She’s scheduled to start shooting another movie very soon and she’s got more work lined up after that. Of course, if she was to get pregnant this year, it would be more than welcome. They both definitely want kids. But for now at least, it’s more of a case of them letting it happen when it happens. There’s no massive pressure.” Sounds like a healthy mindset to us!

And whenever they do end up having kids, there’s no doubt Nick will be a totally devoted dad. Priyanka recently had a sit-down with Ellen DeGeneres and gushed about what a good man her hubby is. “It shocks me how he’s not been corrupted! We know what it it’s like when you’ve been in entertainment a long time. He’s so family driven, he’s all about his parents. It’s just really nice and sweet.” Yes, we have to agree Nick is a total gem!