The following story contains some light spoilers and discussion of Episode 4 of HBO’s The White Lotus with Jake Lacy, who plays the character Shane Patton. If you haven’t seen the show or Episode 4 yet, you may want to stop reading before the last couple interview questions.

In Lotus—HBO’s new talk-of-the-town limited series best described as a hybrid of Succesion and Forgetting Sarah Marshall with a smidge of Big Little Lies added in for good measure—Lacy plays Shane Patton, a newlywed arriving to the titular tropical resort for his honeymoon (he’s just married Rachel, played by Alexandra Daddario). And it doesn’t take long to realize that Shane is not like those nice guys audiences may remember Lacy playing.

In one of his first scenes—and one of the first scenes he read when auditioning for creator/writer/director Mike White—Shane and Rachel arrive in their hotel room and see how incredibly luxurious it is. It’s a room most people would probably kill to stay in. But Shane is almost immediately perturbed—it’s the wrong room, he repeats over and over again. And while he’s obviously pushing things, Lacy needed to humanize the character. So he focused instead on how Shane would be thinking. “Like, they gave him the wrong room. He booked a very, very, expensive room, and they gave him the wrong room,” Lacy continues. “And like, I don’t want the refund. I want the thing that I paid for.“

He continues, sharing something White told him about the character when he first auditioned. “This is a guy who is trying his best to not be an asshole, but also knows at any point he could be an asshole if he wanted to,” Lacy recalls the creator telling him. “And there’s not really consequences for it.”

And as much as he tried to channel that humanity of the character—he’s not just “a dick,” as Lacy described him, but someone who has a built in perspective complete with distrust and paranoia about the rich hand he’s been dealt—it’s hard to overcome what everyone sees in all six episodes of The White Lotus.

“But if I wasn’t Shane, and just saw him at a restaurant, I’d be like, This guy’s a douchebag,” Lacy says.

We spoke with the actor about spurning the nice guy role with The White Lotus, embracing his inner douchebag, and reacting to show’s surprising fourth episode.

I can’t imagine there were many better experiences of filming during Covid than going to a tropical resort in, I’m assuming, like, a bubble, and just filming for a couple months, right?

Yeah. The prime part of… I don’t know that that’s the right word. The thing that sticks out to me in regard to that was that, certainly for the first half of filming, it felt very, just safe in a way that you didn’t feel living in New York day to day, because we were tested all the time. It was very clear as to who was allowed on the property, and also that we couldn’t leave the property.

So there was a heightened sense of anxiety just surrounding production schedules, and if somebody did get Covid and quarantine, and then would we be able to finish the project and that sort of thing. But a real gift of that was just a sense of safety that didn’t exist otherwise, when you’re just living in New York and hoping that people are wearing masks and that you don’t catch Covid. And yes, the positive was, we spent two months on Maui, which—Covid or not—is a pretty cush gig.

A lot of the characters I’ve seen you play in the past, you know, High Fidelity, The Office, Obvious Child—you tend to just be really a charming guy in those. I wonder if the choice to play this guy who, as you said, can be perceived as a dick or a douchebag, if that was a cognizant choice to try to go the other way and not be similar to what you’ve played a couple of times before.

It was never a conscious choice to play these nice guy roles in the first place. I’ve been fortunate enough to work on these projects that I’m proud of, and work with people I’ve really enjoyed working with, but I’ve always wanted to have opportunities to do other things. And those opportunities have been fewer than the ones where I’m like a solid boyfriend, a good dude. You know?

I’m always hoping to do more than maybe what I’ve done in the past, but I’d also be lying if I said they floated this offer to me and I considered it, and thought maybe I don’t want to do it. The reality is, I auditioned, and really wanted to do it, and then had a producer session, and then they cast me, and I was thrilled [LAUGHING]. So I feel like I’d be making more of myself if I was like, “It’s been a real choice to step away from…”

I’m just a working actor who wants to get to explore different stuff, and this happens to be different from what I’ve done, and I’m thrilled to have gotten to do it, you know?

Totally. I think it works as a subversion, because we do enter the series with your character in the airport on his way home. And before I knew anything about the show, I, having seen you in those other roles, expected another character, like one of those other guys. And then when it comes so much in the other direction, I think it hits hard. It’s a fun flip on what some people’s expectations might be.

That’s great. I’m very happy to hear it. I do think like there’s a middle ground where a lot of the times I would be so like, “Oh, he’s doing this. And he’s doing that.” Like, trying to really flesh out this kind of unlikable person. And Mike was like, “All that’s in there… Let’s do a take where you’re just a guy in enjoying a breakfast buffet.” And the circumstances of where Shane finds himself, and what he’s trying to accomplish, and the way he’s going about it are douchebag enough.

And so then, if you layer in a guy who thinks he’s being generous, and is trying to be of service to people, it creates a much more fun—at least I think, as a participant and also, in the things I like to watch—and more layered, idiosyncratic character than just like, “Oh, this guy is a menace.” 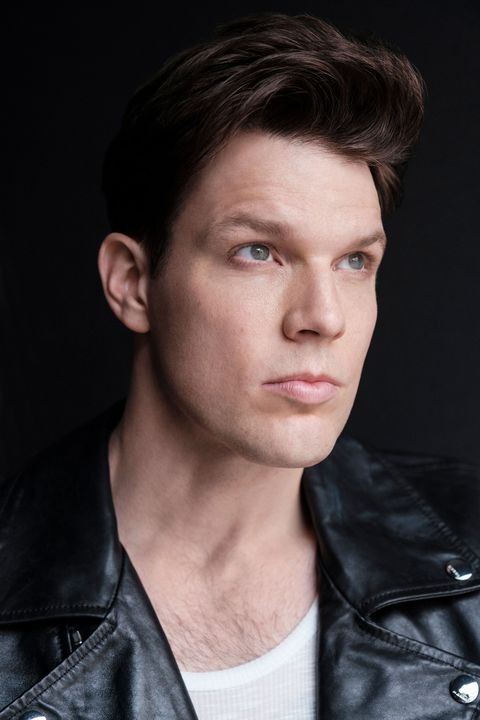 I mean, there’s just a mix of characters, but really, I just think I’m lifting from probably every movie I’ve ever seen, all the time. You know?

You’re just hoping you’re lifting the good parts, and it’s somehow organically making its way into your acting, or your style, or your personhood, or something. But those guys, somewhere between Chevy Chase and Jeremy Piven in Old School. Both, like, alpha white male, but also somehow like angry victim as well.

I was talking with a colleague who had also seen the show, and we were talking about how Shane is sort of…. the expression we used was a ‘male Karen’ in a way. And we wanted to ask what you thought would be the right word to call that character. But I think Jeremy Piven, specifically in Old School, might be the perfect comparison.

[LAUGHING] I mean, in The White Lotus Shane literally is like, “Let me speak to your manager.”

This show has an amazing cast, and you have some amazing scenes with Jennifer Coolidge, Murray Bartlett, etc. Did you have any standout memories from filming?

Well, [in Episode 3] the boat with Jennifer, for sure. Because Mike had written this wonderful eulogy, essentially for Jennifer to send her mother off into the waves, but they’re old friends and they’ve worked together, and he was like, “You know, I’ve written this.” Also like “Do your thing.” And that’s the most I’ve had to control laughter on a set in a long time. I just thought like, “I’m going to ruin this. I’m going to blow it for her. She’s offering all of this up to the world, to the production. And I really hope I don’t giggle through it.” You know?

And not only that, but for just fortune upon fortunes, but the whales were constantly breaching the entire time we were filming that.It was like being on a whale-watching tour while being at work and working with some of the funniest people you know. We spent two days on that boat to film it and in between every take, just pairs of whales coming up and going under it.

But yes, that scene with Jennifer and Natasha and Alex…that one stands out, for sure.

The White Lotus is almost Magnolia-ish in the way that, one thing leads to the other, leads to the other. The girls had their drugs that Armond got, which led him into that whole escapade. At the end of Episode 4, Shane has, at that exact moment, had enough, and walks in on him in, let’s say, a compromising situation.

My reading of it was that most people would react the way that Natasha Rothwell’s character does, and just turn around and be speechless. But Shane is like, “I’ve got all this ammo all of a sudden.”

They just keep getting dug deeper and deeper and deeper into their own little trench, both by their own behavior. And then, like you said, just by the fates, by happenstance. What are the odds that Shane has to go at that moment to speak to the manager, and that Armond has both relapsed and is having a personal and professional meltdown at the same time?

What are the odds that those moments get to coincide? We shot that probably with seven or ten different takes, so seven or ten reactions, where one was like, me just staring, and then we closed the door and laughed. One where Natasha goes to close the door, and I hold the door open and watch it more for a minute. And he’s left staring, and we just hold eye contact for too long as the door slowly closes. And then another was just me watching and then walking away. All these different things for them to pick and choose in the edit to be like, “What lines up best here? What really gives us the most fun and the best arc?”

But yes, that is the genius of Mike [White]. That there’s so many less impactful ways and sort of hackier ways that you could have this fight escalate over the course of a week. Neither one of these characters lets off the gas. No one goes like, “All right, man.” Shane never says “This room’s fine. It’s okay. Mistakes happen.” And, Armond never says like, “Look, I fucked up.”

They never back off. And even in moments where it feels like there’s a lull, then circumstance drives it back to this new level of animosity. But I just think it’s ridiculous, and aggressive, and funny, and vulnerable all at once.

This interview has been condensed for content and clarity.