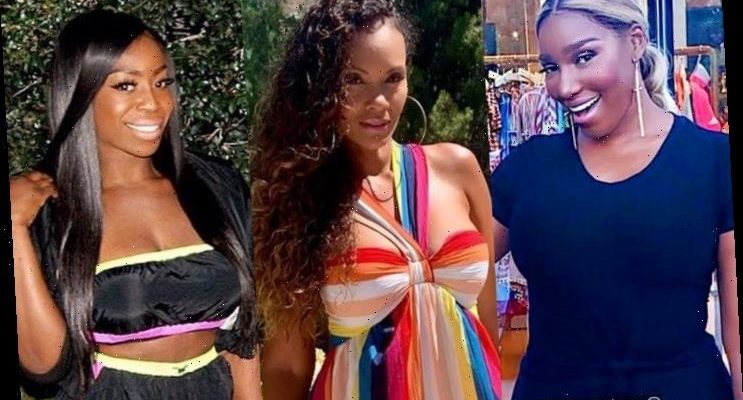 The ‘Real Housewives of Atlanta’ star agrees with podcast host Jason Lee, who says that the ex-wife of Chad Johnson can’t be a racist and colorist because she has ‘black children.’

AceShowbiz –NeNe Leakes has weighed in on Evelyn Lozada and Ogom “OG” Chijindu’s ongoing feud, though it’s not something that people like to hear. “The Real Housewives of Atlanta” star has landed in hot water after she defended the ex-wife of Chad Johnson against colorism and racism accusation made by her co-star.

This started after podcast host Jason Lee shared his thought on the ongoing drama, making it clear that he’s on Evelyn’s side in this. “This is about the fact that I’m watching woman tear down another woman of color who has black children, claiming that she’s a racist and a colorist,” he said in the Instagram clip posted on Friday, October 4, before expressing how weird it sounded considering that Latin people also had “black experience,” though it wasn’t as intense as what black people had been going through.

“Black people, stop crying wolf. Stop calling colorism every single time some things don’t smell exactly the way that you smell it,” the “Love & Hip Hop: Hollywood” star continued. “Because our experiences are different, and although we need to be understanding and compassionate .. everything ain’t racism and everything ain’t colorism.” He went on stressing that Evelyn couldn’t be racist and colorist because she has “black children.”

While people were flooding the comment section of his post with argument, NeNe jumped in to support his comment. “Speakkkkkkkk,” she simply said, and her comment successfully angered a lot of fans. “You gotta be the dumbest dark skin person on here, I know good and well you have experience colorism before and you agreeing with this idiot just to fit in, gurl bye,” one person wrote.

“Excuse you. Make a constructive point and now write ‘speak.’ I suppose you be excited to be Called a Gorilla. Not too long ago you were associated with roaches and you found that racist. You so not consistent and I find you an ingenious human being,” someone else said, with another person commenting, “Just look at her goofy looking a** with the powdered makeup, blonde wigs, pinched beak and pink lipstick…. she has self hate issues.”

Last month, OG accused Evelyn of racism and colorism after the latter appeared to be referring to her “Basketball Wives” co-star as a monkey. “And there it is… Show you true colors you racist bigot… you called CECE ‘ling ling’ jackie a ‘cockroach’ & now me a ‘monkey’ may god take care of you well well… Evelyn Lozada.”